Happy Birthday, Gabriel Byrne! From "Unusual Suspects" to "Miller's Crossing" this Dublin star has certainly left his mark on Hollywood. 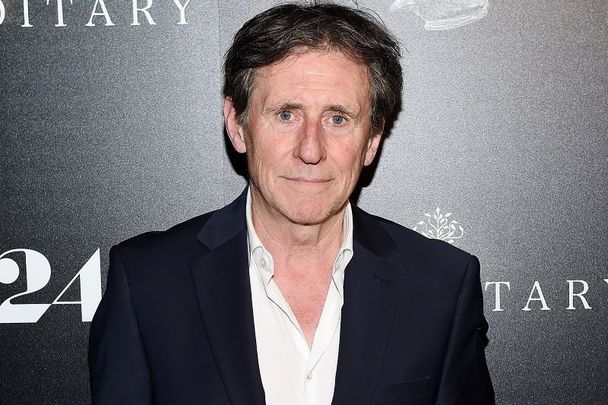 Gabriel Byrne was born on this day, May 12, in 1950 in Dublin! Here's a look at the Irishman's top films for his big day.

Gabriel Byrne, whose birthday is today, May 12, is among Ireland’s best-known movie stars with famous roles in hit movies such as "Miller’s Crossing" and "The Usual Suspects," and as a producer for hits such as "In the Name of the Father."

What many might not know is that Byrne did not launch directly into an acting career and didn’t get his big break until he was 29 and began to tread the boards.

Born on May 12, 1950, in Dublin, Byrne had several careers including teaching and archaeology, and even considered being a priest at one point. At the age of 29, he joined Dublin’s Focus and Abbey theaters, and two years later he was cast in a recurring role in the famous Irish TV show, "The Riordans." Only in 1981 did Byrne make his big-screen debut in "Excalibur." His TV and silver screen career has gone from strength to strength since.

In honor of his birthday, we take a look at Byrne’s top ten most popular movies of all time:

This movie got full marks (100%) from the Rotten Tomato critics. The political thriller takes its title from the 1914 Defence of the Realm Act (DORA), which was passed in the United Kingdom at the start of World War One. This act gave the government executive powers to suppress criticism, imprison people without trial, and commandeer economic resources. Byrne plays Nicholas 'Nick' Mullen, a journalist writing an expose.

This Coen Brothers directed and produced neo-noir gangster movie with elements of black comedy follows the power struggle between two rival gangs and how the protagonist (Byrne) plays off both sides. TIME magazine voted it one of the top 100 greatest films ever made, in 2005.

In the 1994 movie adaptation of Little Women, the Louisa May Alcott novel, Byrne plays Friedrich Bhaer, a German professor who challenges and stimulates her intellectually, in New York.

Easily the most famous of Byrne’s role he plays the role of Keaton a criminal alongside Benicio del Toro, Kevin Pollak, Chazz Palminteri, Pete Postlethwaite, and Kevin Spacey. The movie follows the interrogation of Roger “Verbal” Kint a small-time conman who gets caught up in a massacre. The movie won two Oscars and ranks on the Writer's Guild of America ranks the film as having the 35th greatest screenplay of all time.

Byrne plays the role of Bill Cleg in this Canadian / British, David Cronenberg directed, psychological thriller. The movie follows a mentally disturbed man (superbly performed by Ralph Fiennes) who takes up residence in a halfway house. His mind gradually slips back into the realm created by his illness, where he replays a key part of his childhood.

This Arthurian romance, directed, produced and co-written by John Boorman, gave Byrne his big break. The movie is based solely on the romance, Le Morte d'Arthur by Thomas Malory. The film has been acknowledged for its importance to the Irish filmmaking industry and for helping launch the film and acting careers of a number of Irish and English actors, including Liam Neeson, Gabriel Byrne, Neil Jordan, Patrick Stewart, Helen Mirren, and Ciarán Hinds.

An Irish classic this magical realist film about an Irish Traveller family and their horse was written by Jim Sheridan and directed by Mike Newell. The movie, in which Byrne plays the two lead character’s father, Papa Reilly, was one of the major movies to come out of Ireland during the 1990s.

This move is described in its own trailer as “My Left Foot’s Little Brother.” Based on the best- selling novel The Dork of Cork it tells the story of Frank Bois a man looking back over his life. Byrne plays a kind-hearted customs agent who allows Bois’ mother to enter Ireland illegally.

This American Western movie, by Jim Jarmusch, star Johnny Depp, Billy Bob Thornton, Iggy Pop, John Hurt, and others alongside Byrne. The “psychedelic” western follows accountant William Blake on the run having murdered a man. He encounters a strange North American man, named Nobody, who prepares him for his journey into the spiritual world.

This movie is only being released in April 2016 in Ireland but it’s already receiving rave reviews. It tells the tale of a fractious family of a father (Byrne) and two sons (one of whom is Jesse Eisenberg) as they confront their different feelings and memories of their deceased wife and mother, a famed war photographer.

Read More: Gabriel Byrne on becoming a dad at 67: brave and bittersweet

What has been your favorite Gabriel Byrne movie? Let us know in the comments section below!