Florence Pugh is featured in the first official picture from the filming of "The Wonder," which is currently shooting on location in Ireland. 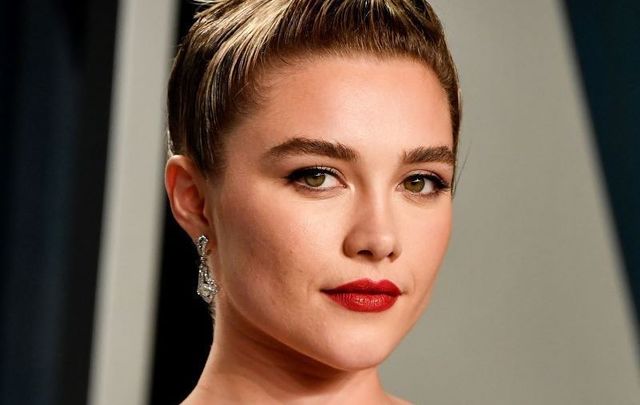 Element Pictures, an Irish production company, shared on Wednesday that they are working on "The Wonder," a new Irish film starring Florence Pugh and adapted from Irish author Emma Donoghue’s novel of the same name.

"So excited to be working on 'The Wonder' with such incredible talent," Element Pictures said on Instagram:

Last week, British actress Pugh, who recently featured in "Black Widow" alongside Scarlett Johansson, shared on her personal Instagram that she was in Hollywood, Co Wicklow, presumably as filming commences on the new movie:

An official synopsis of "The Wonder" reads: “Set in The Irish Midlands in 1862, the story follows a young girl who stops eating but remains miraculously alive and well.

“English nurse Lib Wright is brought to a tiny village to observe eleven-year old Anna O’Donnell. Tourists and pilgrims mass to witness the girl who is said to have survived without food for months.

“Is the village harbouring a saint ‘surviving on manna from heaven’ or are there more ominous motives at work?”

Director Sebastian Lelio told Deadline: “Bringing the powerful novel 'The Wonder' by Emma Donoghue to the screen not only offers me the chance to portray the collision between reason and faith, individual and community, obedience and rebellion, but also to explore my own interpretation of what a 'period' film can be.

“I couldn’t be more thrilled that the magnetic and courageous Florence Pugh will play our fierce female lead. I am also excited to be reunited with Ed Guiney and Element, to have the privilege to work with Tessa Ross and House, and honored that Netflix have chosen The Wonder as their first UK Features endeavour.”

The film is the first production commissioned out of the UK by Fiona Lamptey, director of U.K. features for Netflix.

Lamptey said: “'The Wonder’ has everything we’re looking for at Netflix for our UK and Ireland Film slate — a rich, authentic story that comes from these shores along with creative excellence across source material, script, director, and actors.

“I’m incredibly excited to work with such outstanding talent on a unique female lead story. Creating opportunities for UK and Irish talent like Florence in ambitious, distinctive stories of scale — embedded in our landscape — is a key commitment for the film slate we are building here.”

“The Wonder” has been developed with the support of Screen Ireland and Access Entertainment. It is due to arrive on Netflix in 2022.