English actress Florence Pugh, who is currently filming in Co Wicklow, took to Instagram to share her praise towards Ireland's beauty and the standard of Guinness. 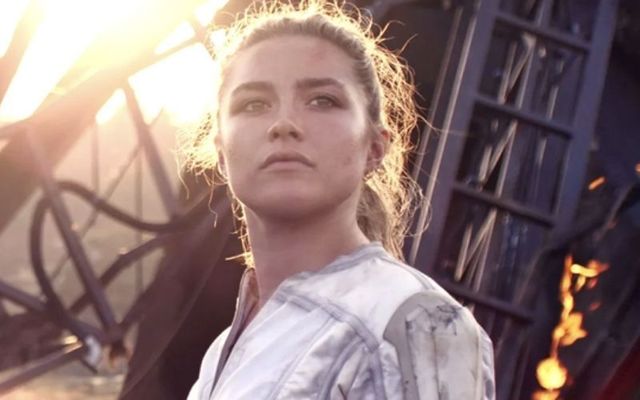 Actress Florence Pugh has landed in Hollywood, County Wicklow as filming for the Irish-based movie 'The Wonder' begins.

Pugh, the 25-year old English actress who recently starred opposite Scarlett Johansson in the blockbuster "Black Widow", took to Instagram to share her praise of Ireland's beauty and the standard of Guinness by posting a picture on her Instagram of Wicklow's Hollywood sign.

In a caption to her 4.4 million followers, Pugh said, "Less traffic, greener hills, great Guinness. A different kind of Hollywood.."

The sign which is a replica of the iconic monument in California can be found in the Wicklow town of the same name.

The village of Hollywood in west County Wicklow is near one of Ireland’s prime locations for filmmaking and the village has played host to a number of film stars, such as "Dancing at Lughnasa" with Meryl Streep, and “Michael Collins” with Liam Neeson and Julia Roberts.

Pugh plays an English nurse in the psychological thriller based on the novel of the same name by Irish author Emma Donoghue, who also wrote "Room," the film adaptation of which was Oscar-nominated.

"The Wonder" is based in the Irish midlands in 1862 and follows the national sensation of a "fasting girl", a young girl who stops eating but remains alive and healthy. Pilgrims and tourists also flock to the village to witness the young girl, Anna O’Donnell, who is said to have survived for months with no food.

Describing why she chose to set the story in Ireland, author Emma Donoghue said, "I’d set it in Ireland, of course - not just because that’s my homeland, but because ever since the Great Famine of the 1840s, we’ve defined ourselves as a people intimate with hunger."