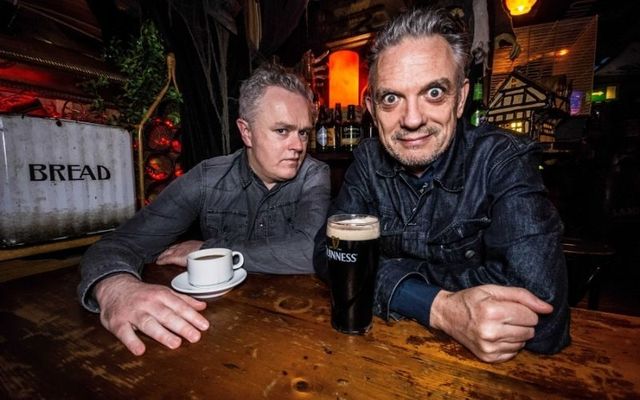 Two of Father Ted's most famous one-off characters are set to launch the official Father Ted podcast, featuring insightful interviews with the stars and producers of the famous Irish comedy series.

Joe Rooney, who plays the rebellious Fr. Damo Leonard in the popular sitcom, and Patrick McDonnell, who plays Daniel O'Donnell parody Eoin McLove, have announced that they will host the "Talking Ted" podcast series.

The series will feature several interviews with actors synonymous with the popular sitcom, including Ardal O'Hanlon, Pat Shortt, and Jon Kenny.

Each episode of the new podcast series will explore the iconic Irish sitcom, offering a glimpse of what life was like behind the scenes.

Contributors to the podcast will share their memories of working on Father Ted, providing an insight into what made the sitcom so popular.

The series aims to emulate the success of other companion podcast series such as the West Wing Weekly and Office Ladies, which built their success on interviews with original cast members.

As an added bonus, the Divine Comedy's Neil Hannon, who wrote the famous Father Ted soundtrack, has penned the soundtrack for the upcoming podcast series.

Talking Ted is set to launch soon on the Irish-owned platform, the Headstuff Podcast Network. The podcast will be hosting bonus events on Headstuff+ and subscribers will get first refusal on any live Talking Ted events hosted at the Podcast Studios.