An Italian man's hair-brained scheme to obtain a COVID-19 vaccine using a fake arm has drawn comparisons to an iconic scene from Irish sitcom Father Ted. 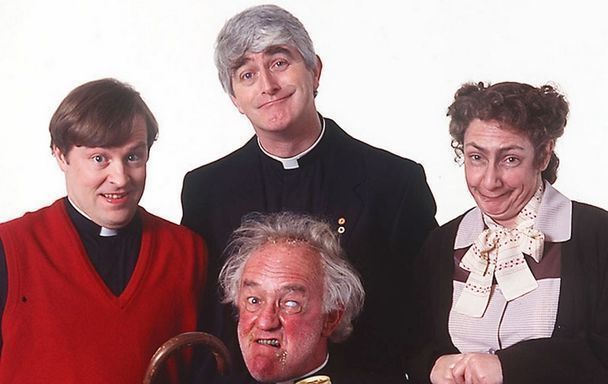 Wait a second, these are fake hands! An Italian man's attempts to fraudulently receive the COVID-19 vaccine using a fake arm has drawn comparisons to one of the most famous scenes in Irish sitcom Father Ted.

The unnamed 50-year-old's attempts to receive a vaccine certificate were foiled when doctors at a vaccine hub in Biella noticed that the fake arm look and felt different from a normal arm.

Authorities believe that the man paid hundreds of euros for the silicone prosthetic after the Italian Government announced measures barring unvaccinated people from a wide range of social activities.

The man, who now faces charges of fraud, pleaded with medics at the vaccine hub to turn a blind eye once they discovered that the arm was not real.

The incident sparked a wave of comparisons to a scene during the "Escape From Victory" episode in the third season of Father Ted.

While managing the Craggy Island team in the "All-Priests Over 75 Five-A-Side Football Challenge Match", Ted and Dougal were faced with a "completely ludicrous situation", forcing Ted to use a pair of fake hands so that he could maneuver an unconscious Father Jack around the pitch in a remote-controlled wheelchair.

Father Ted fans were quick to spot the similarities between the iconic scene and the bizarre incident in Italy.

What a completely ludicrous situation

Like the unnamed man in Italy, Ted's scheme was eventually foiled, resulting in the iconic "Kicking Bishop Brennan Up the Arse" episode.