The limited series psychological thriller is set to begin streaming on February 17. 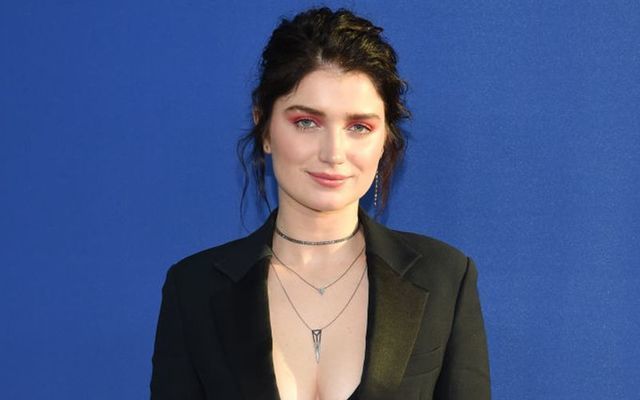 According to the streaming service, the new miniseries is about single mother Louise (played by Simona Brown) who "enters a world of twisted mind games" when she begins to have affair with her psychiatrist boss, David (Tom Bateman), while secretly befriending his mysterious wife, Louise (Hewson).

The short clip shows Adele, who appears to have a black eye, in the kitchen chopping herbs with a large knife. Her husband comes in demanding to see her phone.  Adele uses the sharp knife in her hand to point to the phone on the counter behind her.

As Adele continues to chop the herbs looking straight ahead, behind her David scrolls through her phone with a growing look of concern on his face. David appears enraged as he turns and glares at his wife before storming out of the room. Adele, who has until this point seemed in a strange stupor, slowly smiles.

"What starts as an unconventional love triangle soon becomes a dark, psychological tale of suspense and twisted revelations, as Louise finds herself caught in a dangerous web of secrets where nothing and no-one is what they seem," teases Netflix.

Hewson is the daughter of U2 frontman Bono. The 29-year-old Irish actress, who now lives in New York, said last year that she was considering quitting acting but has recently taken on roles in "The Luminaries," "Tesla,"  and "The True Adventures of Wolfboy."

"Behind Her Eyes" is based on Sarah Pinborough’s 2017 bestselling novel.

The book has been adapted for the screen by Steve Lightfoot and Angela LaManna and is directed by Erik Richter Strand. The show is being produced by Left Bank Pictures, the producers of "The Crown."

The six-part limited series is set to be released worldwide on Netflix on February 17.

You can watch the new teaser here.