East Durham Irish Festival is returning for its 43rd year virtually streaming your favorite Irish music on May 29 - 30. 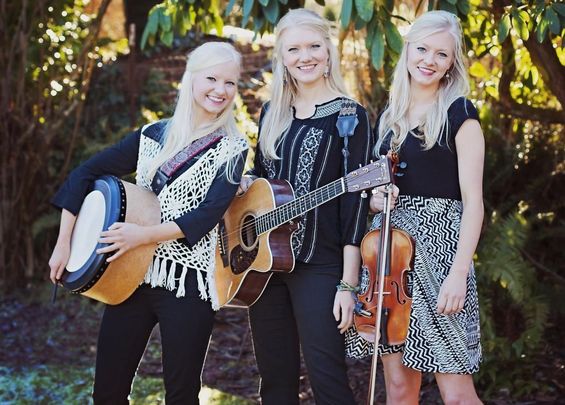 While the luck and pluck of the Irish has been sorely tested by the pandemic the Irish music community is gathering online for what's sure to be a Memorial Day weekend of entertainment to remember.

Necessity forges innovation and the pandemic has certainly driven that lesson home to us in so many ways.  For 42 years up in East Durham, the Vacationland founders and the Michael J. Quill Irish Cultural and Sports Centre would be readying their grounds to host one of the largest events in the historic Irish resort town which would kickstart their season in the Irish Alps over Memorial Day Weekend.

That would be the East Durham Irish Festival (EDIF) held on the Quill-owned John Lawe Festival Grounds which the proceeds helped to acquire and grow.

The spread of Covid-19 put a halt to that last year, and no festival was allowed for the legions of people who flocked to the time-worn Catskills, sending the first catastrophic economic signals to the area resorts and the Quill Centre itself, losing one of the biggest money-making events, since its creation in 1987.

The luck and pluck of the Irish would be severely tested this year, but fortunately, a most creative and symbiotic initiative emerged and the 2021 EDIF has morphed into a “trans-Atlantic virtual experience and fundraiser for MJ Quill Irish Cultural and Sports Centre.”

The impressive and ambitious online approach is being produced by Irish Music Magazine (founded in 1995 in Ireland) and its Emerald Isle Media operation that has sprung to life during the pandemic, giving credence to the magazine’s claim to being the “definitive voice of Irish music worldwide.”

The brainchild of publisher Robert Heuston and Quill Centre Artistic Director Reidin O’Flynn who have established a dynamic working relationship promoting the other Quill jewel offering, the Catskills Irish Arts Week, looked to salvaging the EDIF this year as a similar cultural event, bolstering the Quill mission to “keep the tradition alive.”

It has the potential to be one of the most extraordinary East Durham Irish Festivals ever for over 43 years. There will be 40-plus acts and special segments presented over Saturday, May 29 and Sunday, May 30 starting as early as 9 a.m. each day and ending after 11 p.m. each night.

Amazingly all that entertainment will be offered for free when viewed over Irish Music Magazine’s Facebook page from the comfort of your own home or electronic device.  (Check the events section/TRADIMM for actual performance times).

If you can’t commit to watching that weekend or want to view performances on their own and on-demand at your leisure, they will remain on the Facebook page after their debut.

The 2021 EDIF has an incredible array of artists lined up, and a good number have never performed in East Durham at either the EDIF or the Catskills Irish Arts Week or independently at the area houses, so it offers a great opportunity to see many for the very first time virtually.

The encore at the close on Sunday evening, May 30 will feature Joanie Madden’s Star-Spangled Banner saluting all U.S. soldiers living and deceased, and accompanied by Mary Coogan.

These artists answered the call to perform in this medium to support the Quill Centre, and as you know they were unable to earn normal wages or fees during the pandemic so individual donations and product purchases, while they perform, are welcome.

In 1987 the non-profit organization known as the Michael J. Quill Irish Cultural and Sports Centre formed and undertook the mission to preserve and promote the Irish cultural heritage that characterized the Northern Catskills area of New York’s Greene County. It has prospered from the work of hundreds of dedicated members and volunteers down through the years who raised money and ran events to foster the ongoing activities and properties.

To continue that mission, especially after the last difficult year with no EDIF and a drastically reduced Catskills Irish Arts Week, a major infusion of monetary support is in order and a goal of $40,000 is the target in this current campaign among the Irish community.

Donations are encouraged from individuals who cherish their Catskills experiences or may wish to see it thrive in the future and from other non-profit organizations, county associations, emerald societies, and especially corporate or company donations who wish to support Irish culture in New York.

All donations are tax-deductible for the 501-3c Quill Centre and can be made by credit card or PayPal online at www.eastdurhamirishfestival.com or check by mail to the MJ Quill Irish Centre, PO Box 320, East Durham, New York, 12423.

All donors will be eligible for a raffle prize of a roundtrip for two to Ireland with Dublin accommodations for one week (terms and conditions apply).  The deadline for entry is June 7 with the drawing on June 8.

Donations afterward can continue to be made to ensure a successful outcome for the 2021 Virtual Taste of the Catskills Irish Arts Week beginning July 12-16.

Registrations have opened and details are available at www.catskillsirishartsweek.org.

(For disclosure, I am a founding committee member for the Catskills Irish Arts Week and past artistic director 2003-2012).