Could Dominic West be en route to his wife’s Limerick castle again? 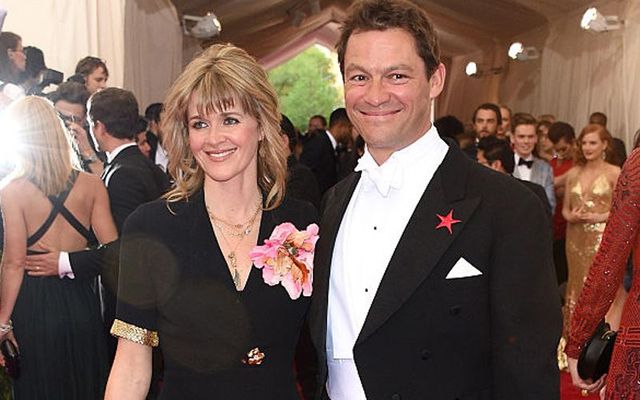 Catherine Fitzgerald and Dominic West at the Costume Institute Benefit Gala at the Metropolitan Museum of Art on May 4, 2015 in New York City. Getty

Catherine FitzGerald, the wife of Dominic West, has revealed she wants to move their family to Glin Castle in Co Limerick following the actor’s infidelity scandal with co-star Lily James.

The 51-year-old actor of Showtime's "The Affair" made headlines late last year when he was seen in Rome kissing 31-year-old actress Lily James, his co-star in the BBC’s upcoming adaptation of Nancy Mitford's novel "The Pursuit Of Love."

Since the tabloid scandal broke, the married couple have presented a united front, saying: “Our marriage is strong and we're very much still together.” They even shared a kiss for media outside their home in Chippenham, Wiltshire.

Friends of the couple have confirmed that FitzGerald, 49, is determined to avoid a divorce.

Speaking in the March issue of Tatler, FitzGerald revealed she is now trying to persuade her husband to live full-time to her family seat at Glin Castle.

“I can't persuade Dominic to move their altogether yet, but I'm working on it,” she told the magazine.

The Co Limerick castle, which sits on a 400-acre estate, has been in FitzGerald's family for 700 years and has played host to many celebrities, including Taylor Swift, Sir Mick Jagger and Marianne Faithfull,  reports the Daily Mail.

The Irish landscape designer and gardener is the eldest child of Desmond FitzGerald, the 29th Knight of Glin, who died in 2011 with no son to inherit his title.

The Knight of Glin is an ancient Irish noble title handed down by chieftains and recognized by successive British and Irish governments.

“The title can skip a generation and my son [Senan, 12] could be the next Knight of Glin,” she explained. “But he's just mad into football.”

FitzGerald said she is waiting to see if one of her children will want to take over running the property one day.

Over Christmas, FitzGerald and West posed alongside their children Dora, 13, Senan, 12, Francis, 11, and Christabel, seven, in a family photo taken on the grounds of the castle. The photo, which shows the couple separated by their offspring, was later shared on social media.