In times gone by, we would have loved to celebrate Valentine's Day by staying in this magnificent Irish castle. 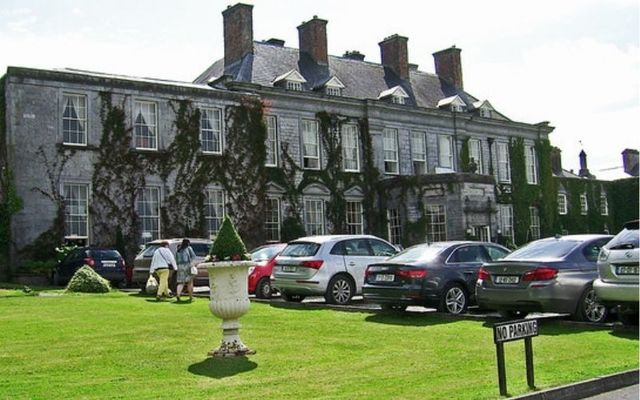 Dream of spending a magical Valentine's Day in an Irish castle such as Castle Durrow (pictured) in Co. Laois. Creative Commons/Garry Dickinson

In times gone by, we would have loved to celebrate Valentine's Day by staying in this magnificent Irish castle.

Nowadays, a box of chocolates, a dozen roses, or a bottle of Champagne is about all anyone can do to impress their significant other. Once upon a time, however, a truly impressive token to give your sweetheart was a stay at an Irish castle to make them feel like royalty.

Irish castles are among the most beautiful in the world, arriving with the Anglo-Normans in the 1170s. The first were built of earth and wood and later were replaced by stone, a more permanent material that accounts for why there are over 3,000 of these swoon-worthy structures in Ireland today. Some lay in picturesque ruins, others stand as historic museums, and many — and this is the best part — provide luxury, fit-for-royalty accommodations that are unrivaled in Europe. Castle Durrow is one of them.

About an hour from Dublin in County Laois, Castle Durrow is a pre-Palladian home built between 1712 and 1715, The rather massive stone structure was the creation of the Flower family, Anglo-Irish landlords later known as Viscounts Ashbrook, who built and lived in the house during a period of high taste and culture. It’s the first country house of importance that still stands in nearly its original condition and one of the few eighteenth-century houses for which precise building records survive, a bonus for current owners Shelly and Peter Stokes when it came to renovation.

Owners since 1998, the Stokes are completely hands-on proprietors – Shelly greets you and offers tea and Peter chats about things-to-do locally — who have elegantly and individually designed each of the 40 bedrooms. Family heirlooms, photographs, and antiques give the hotel the feel of an authentic country house as well as a family home — the Stokes, after all, raised their four children here, so the intimate homey touches are just that, genuine family treasures.

The public rooms of Castle Durrow can only be described as “classically eclectic,” with the sure hand of Shelly Stokes plainly visible. The original grand staircase, located in the west wing of the mansion, has as its background a magnificent stained glass window whose design was inspired by Shakespeare’s sonnet "The Seven Ages of Man.”

The restaurant is adorned with hand-blocked wallpaper, a direct copy of eighteenth-century Chinoiserie paper reminiscent of the Byzantine and Chinese empires, and French chandeliers hang from restored plastered ceilings adorned with baskets of fruit. Recently hand-painted, Shelly chose colors for the baskets that mimic those of plants and flowers from around the property.

Shelly joined me in the recently refurbished bar/casual dining restaurant and explained how its interesting, almost unpredictable, the design came about.

“We wanted to capture the feeling of what Irish country life was in earlier days,” she told me, “so we hung the walls with exotic wild animal skins. And then we thought the silver deer heads would add a little punch. We think it brings a ‘je ne sais quoi’ feeling to space.” I think it’s ‘mission accomplished.’”

During our chat, the room quickly filled with locals, patrons Shelly was quick to point out who make up a substantial portion of their bar and restaurant business. Because of the hotel’s prominent location in the heart of the village of Durrow, the house and grounds are always open to neighbors.

As another nod to congeniality, Peter is happy to organize tennis, archery, riding, or clay shooting, and Shelly will personally accompany you on a walk through the many acres of gardens at the rear of the property. A passionate gardener herself, she meticulously coordinates the plantings of vegetables, herbs, flowers, and roses to ensure a continuous display of color. Along with the innate charm of the castle itself, this picturesque setting no doubt accounts for Castle Durrow’s popularity as a wedding venue with more than 125 scheduled for this year alone.

Casual dining in the bar at Castle Durrow is a delightful experience. The menu suits guests and locals alike who pop in for afternoon tea, a few drinks, or simple-but-eclectic meals like this salad featuring Tipperary-made Cashel Blue cheese and Italian ham.

Make salad. Arrange greens and pears on four salad plates. Divide cheese and prosciutto over the greens. Drizzle with dressing and top with pepper.

Margaret Johnson’s “Recipes” page expands this year to “Ireland Hopping: Adventures in Food, Drink, and Travel.” For further details on her work, or to order her cookbooks, visit www.irishcook.com.