The Derry Girls crew is finally getting ready to film its third season after a long pandemic delay. 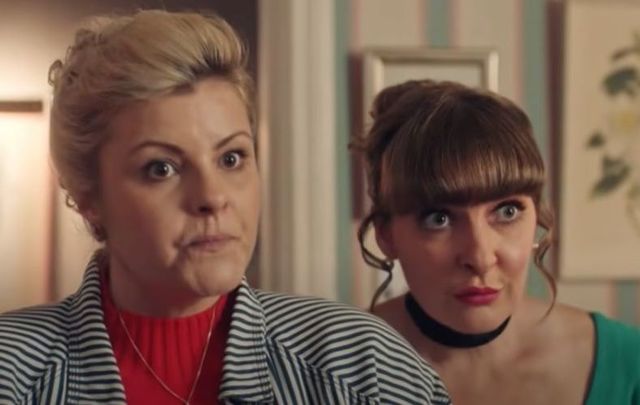 Derry Girls' third season is set to return in early 2022, according to Tara Lynne O’Neill, who plays the beloved Ma Mary in the smash-hit show.

“If we leave it another year, we'll all be old-age pensioners! It will be called 'Derry Old Ones!'

“No, we're gonna do it this year, so it will be out early next year. We're tied in for the filming date, we're shooting this year," she said.

Filming for the hit show, created by Derry native Lisa McGee, was put on hold over the past year thanks to the pandemic. McGee said last July: “We should have been shooting it now, but we obviously had to push back. So we’re kind of just waiting until it’s safe.

In January 2020, before the pandemic put a hold on everything, McGee teased what the third season of Derry Girls will look like: "In every episode, we have a new big guest star come in.

"That's really exciting, writing those. That has been good craic, looking forward to shooting all of that."

Despite the postponement of filming season three of Derry Girls, O'Neill tells the Mirror that she has no idea what's in store for the character.

"They wouldn't give the scripts to me because I can't hold my own water!” O’Neill said. “I can't be relied not to tell people what's going to happen.

“I'll be the last person to get the script because they know what I'm like telling everybody!

"Well, I won't tell everybody but those one or two people will tell 10 people and then...yeah! They wouldn't trust me with it. I know nothing! I am absolutely useless!

She added: “It's just so exciting to be part of the show but you know, people do ask and I hate not having any info for people.”

To hold you over until season three, check out the best of Ma Mary on Derry Girls here: