Derry Girls season 2 is now on US Netflix

Netflix has finally revealed when Derry Girls season 2 will be available for streaming in the US. 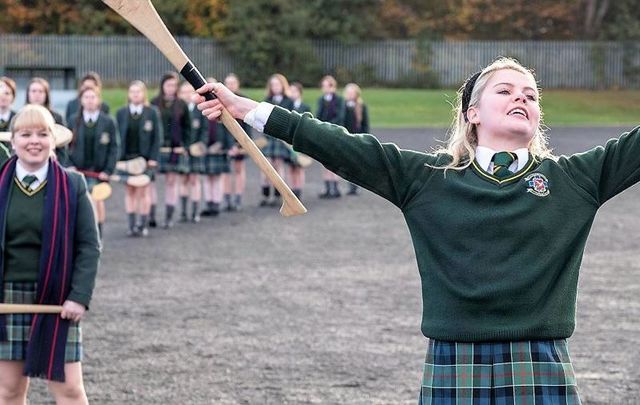 Derry Girls will finally be returning to US Netflix on August 2. IMDB

Derry Girls season 2 will be on US Netflix from Friday, August 2, 2019

Derry Girls season 2 will be arriving onto US Netflix this Friday, August 2, just in time for a proper weekend binge.

The second season of the hit Northern Irish show has already aired in its entirety in the UK and Ireland, but the time has finally come for the rest of the world to catch up with the antics of Erin, Claire, Orla, Michelle, and the wee English fella James.

The show, set in 1990s Derry against the backdrop of The Troubles, sees the gang of girls and their English sidekick navigating their teenage years in the scope of the larger political scene.

Nicola Coughlan, who plays Clare on the beloved show, shared her excitement on Twitter:

The news came as it was revealed - perhaps unsurprisingly - that Derry Girls is among the top ten shows watched on Netflix in the UK and Ireland:

Derry Girls in the Top 10 most watched on @NetflixUK is pure Legenderry thank you all so much 殺 https://t.co/asH2NOcZGS

Derry Girls fans will also be pleased to hear that season 3 of the beloved show is already in the works:

And so it begins.... pic.twitter.com/WqhFgrmLQk

And here's the trailer for Derry Girls season 2 to hold you over until Friday:

Have you seen Derry Girls season 2 yet? Let us know in the comments!