Dermot Morgan, the beloved star of the iconic Irish sitcom "Father Ted," was born on this day in 1952. Celebrate his life with these wise lessons from "Father Ted." 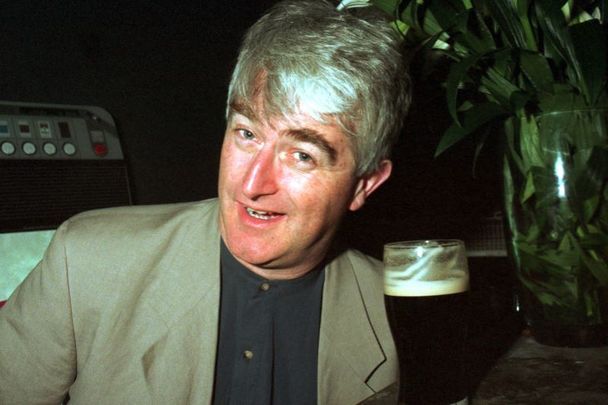 Dermot Morgan, one of Ireland's most adored figures, rose to fame with TV shows like Scrap Saturday, but it was Father Ted, the Chanel 4 sitcom about Irish priests, that made him internationally famous.

Sadly though, on February 28, 1998, 45-year-old Morgan unexpectedly passed away following a heart attack.

While the sitcom had no shortage of comedy and hijinx, certain life lessons abounded from Father Ted and company. In honor of Morgan's birthday, we take a look at some of those lessons we learned from Father Ted:

Whether you’re going to a family dinner with boring Uncle Frank, going on a blind date, or taking a trip to your local department store, you should always know the easiest escape option. Nobody wants to happen across eight priests in the lingerie department.

2. Make sure you confirm all the facts before signing on the dotted line (Season 3: 'Going to America')

So you’re going to be living it up in the LA hills, chilling by a pool, and drinking cocktails all day? Did we not mention the violent gang culture? It’s right there in the small print! Ted should probably have clarified these facts before he got as far as the airport runway, as we all should with any major or minor life decisions.

3. Be careful what you wish for (Series 1: 'Entertaining Father Stone')

You’ve picked the wrong place to sit at the dinner table and ended up listening to the never-ending story from the man with the most monotone voice in existence. You pray to God to do anything to put you out of your misery. Are you so sure about that? You’d suffer from life-long guilt if they were suddenly struck by lightning like poor, boring Fr. Stone. Just grin and bear it until the coffee comes along and you can move without causing offense.

4. We can all overcome our fears (Series 2: 'Flight into Terror')

If Father Ted can overcome his horrible fear of flying and save a jet full of priests by climbing out onto the wheel of a plane mid-flight to carry out repairs, surely I can see a spider without crying and calling my parents. Nope. Maybe not.

The One-Directioners and Beliebers have nothing on the avid fans of the original Irish heartthrob Eoin McLove. Beware the terror of coming between an Irish Mammy and her need to mother a baby-faced crooner.

You always think you’ve reached the lowest low until you realize just how much worse things can get. Despite being the bane of Ted’s day-to-day existence, Father Jack was a perfect angel compared to his one-time replacement Father Fintan Stack, played by Brendan Grace. Ted was happy to return to pastures old. At least Jack could be soothed with a drink.

Rather like 50 Shades of Gray,' 'The Passion of Saint Tibulus' would have never attracted quite so much attention if it weren’t for some handcuffs.  Two priests rooted outside the cinema with shouts of “Down with this sort of thing" is proof that sometimes it works wonders just to ignore things until they go away.

It’s a great feeling to be able to treat your friends to dinner or a day out, but if their pride gets in the way, maybe it’s just best to split the bill evenly and avoid any awkward arguments (or an arrest).

9. Never, ever refuse a cup of tea

10. You never realize what you have until it’s gone

Just 24 hours after filming the last episode of series 3, the world lost actor Dermot Morgan who played Father Ted Crilly. Despite the critical acclaim and widespread popularity of the show when it first aired, as well as Morgan receiving a Best Actor BAFTA for the role in 1998, it’s only as time progresses that we see its true comedic value.

Twenty years on, and countless reruns later, there’s rarely a time where you’ll pass on the opportunity to watch a show you know almost word for word and not laugh just as hard as you did the first time you saw it.

Father Ted is currently available for streaming in the US on Amazon Prime.