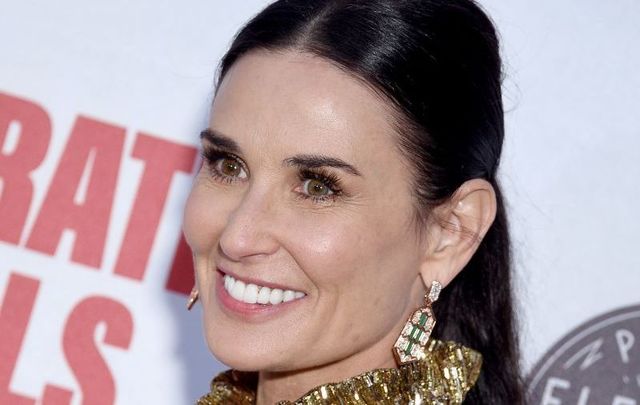 Demi Moore reveals in her new book "Inside Out" that she was raped at 15-years-old after her alcoholic mother “sold” her for $500.

Moore, who is now 56-years-old, sat down with ABC News’s Diane Sawyer to discuss her book "Inside Out" that chronicles her upbringing, career, and personal life.

Amongst the most shocking reveals in the memoir, Moore recalls how she was raped at 15-years-old by a man who knew her mother and had a key to their apartment.

When asked if she believed her mother “sold” her, Moore told Sawyer: "I think, in my deep heart, no. I don't think it was a straightforward transaction. But she still -- she still did give him the access and put me in harm's way."

Moore also recounts how at 12 years old, she saved her mother from a suicide attempt: "I remember using my fingers, the small fingers of a child, to dig the pills my mother had tried to swallow, out of her mouth.”

The incident, which was not to be her mother’s last suicide attempt, is what Moore pinpoints as the end of her childhood.

The future star dropped out of high school and pursued acting, despite not having any formal training. At 19 years old, she landed a role on the soap opera "General Hospital," but turned to abusively using cocaine and alcohol to cope with feelings of being in over her head.

Of her role as a party girl in 1985’s "St. Elmo’s Fire," Moore now says "I mean, I think the irony certainly was not lost on me.” Before filming, however, Moore attended rehab at the bidding of the director and producer, which Moore says was "a profound gift that they gave me."

Moore maintained sobriety for nearly 20 years into her 40s, during which time she became Hollywood’s highest-paid actress.

Read More: To hell and back, Irish immigrant mother describes violent marriage and her salvation

You can watch the first half of the interview from ABC News here; the second portion is due to air Wednesday: