MMA champ put one over on the British when he entered the arena against Floyd Mayweather. 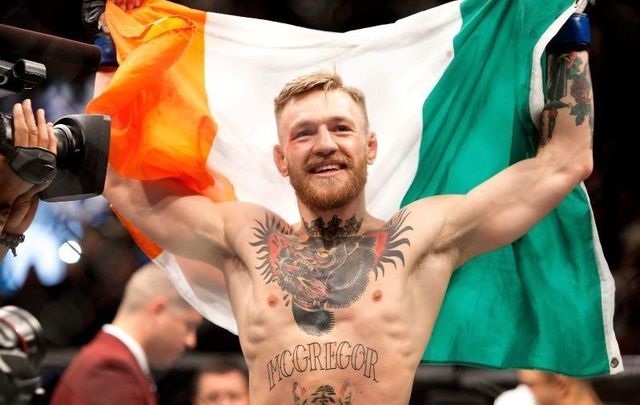 Dublin native Conor McGregor opts for a decidedly Irish entrance song by playing Sinéad O'Connor's version of the historic Irish rebel tune "The Foggy Dew" ahead of his fights.

"The Foggy Dew," written by Father Charles O’Neill,  chronicles the 1916 Easter Rising and encourages Irishmen to fight for the cause of Ireland, rather than for the British, as so many young men were doing in World War I.

While the song has been recorded by plenty of Irish artists, perhaps most famously Luke Kelly, the version McGregor uses was sung by Sinead O’Connor. The accompanying music video shows IRA men attacking a British convoy and the execution of the 1916 leaders.

This video from 2018 shows UFC champion Conor McGregor discussing why he uses "The Foggy Dew," and sees him reflect on the time that Sinead O'Connor performed it live for him: