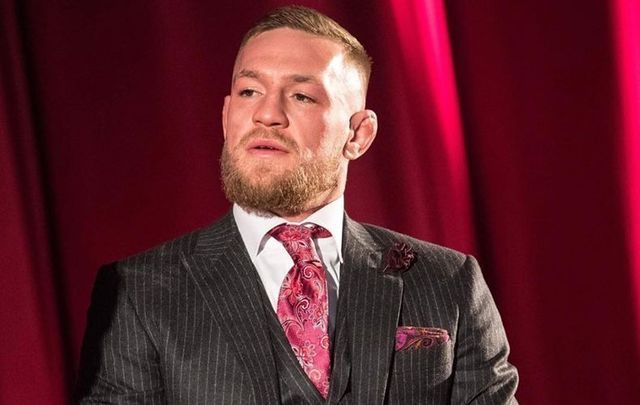 A veteran journalist told RTE that Irish Ultimate Fighting Champion star Conor McGregor is “a bully” and “represents all that’s wrong about society post the crash”.

David Davin-Power, the former political correspondent for RTE, Ireland’s national broadcaster, was interviewed on the program Cutting Edge on Wednesday.

The journalist who left RTE earlier this year said “I think he’s a bully and I think he represents all that’s wrong about society post the crash.”

“He’s kind of a love/hate icon, if you know what I mean.

“I think he represents all the polarization and all the coarseness and all the bile that has infused society via social media and the rest of it over the last ten years.

“When you think of what he’s gotten away with it in terms of misogyny and homophobia and all the rest of it, anybody, you [host Brendan O’Connor] or I, would be pilloried, we’d be out of a job if we said half the things he did.”

'I think he's a bully' David Davin Power gives his thoughts on Conor McGregor & our panel are very divided on it. #CuttingEdge is live now pic.twitter.com/GbTxRbTNf8

Jennifer O’Connell, also an Irish journalist, said that McGregor should be given credit for identifying an appetite for a new Irish story in America. However, she also believes this is all an act.

She said McGregor’s version of life growing up in “The Projects” is false. She added “I don’t think anything he does is authentic, I think that whole thing was completely contrived, I think everything he does is carefully thought out and I think in that sense I think you have to give him a little bit of credit for being clever.”

These remarks come less than a week after the Crumlin sportsman apologized for confronting referee Mark Goddard in the right at the Bellator 187, MMA event in Dublin. McGregor entered the ring after his team-mate produced a first-round knockout. Goddard took exception to McGregor’s actions and a melee ensued.

In his apology McGregor stated “I sincerely apologize for my behavior at last weekend’s fight event in Dublin. While trying to support a loyal teammate and friend, I let my emotions get the best of me and acted out of line.”

It is also just less than three weeks since McGregor appeared on the RTE’s Late Late Show following the release of his documentary “Conor McGregor: Notorious”. On this occasion he was apologizing for using the word “f****t” three times in what he thought was a private conversation.

McGregor used the homophobic slur three times while talking with his friend and Mixed Martial Arts training partner Artem Lobov. The conversation was recorded and quickly went viral and caused a media storm.

On the Late Late Show he said “I have to put my hands up there. I was watching a fighter, a sparring partner, a training partner, a friend… I was upset.”

On Wednesday evening when the host of the RTE show interjected, mentioning to Davin-Power that McGregor had apologized for his actions, the journalist pointed out “He did, but the apology was mealy-mouthed, I mean, there was dog-whistling going on there, that’s the kind of language that his fans understand.

“I just think… it’s a shame that when society is getting back on his feet that he’s the kind of role model that’s put forward internationally because make no mistake about it, he is a huge, huge seller for this country.”

TV host Aisling O’Loughlin commented on McGregor saying  “People love the fact that he’s come from rags to riches, that story is always going to resonate with people.

“All that he’s achieved, even if it is violence and even if you don’t agree with it, he has achieved a lot and when you step back from it, you kind of have to tip your hat to him,” she added.

What do you think of Conor McGregor? Let us know in the comments section below.