Irish champion says he meant no disrespect and used the homophobic slur because he was “upset.” 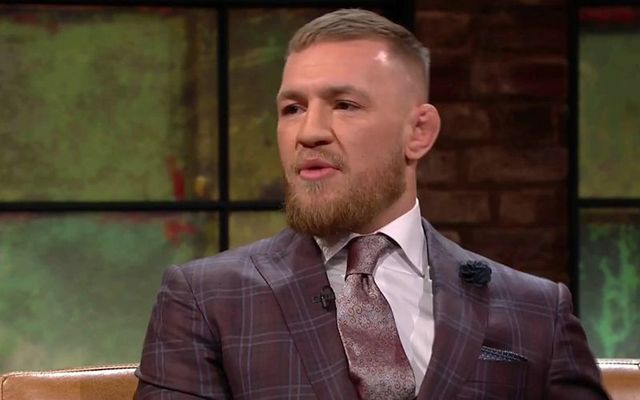 Two months after the Dublin UFC champ Conor McGregor’s promotion of his Vegas fight with Floyd Mayweather descended into racist and slur-slinging match the Crumlin native is back in the media apologizing for using the word “f****t” three times in what he thought was a private conversation.

McGregor used the homophobic slur three times while talking with his friend and Mixed Martial Arts training partner Artem Lobov. The conversation was recorded and quickly went viral and caused a media storm. Speaking in an interview pre-recorded for this Friday’s “Late Late Show” in Dublin McGregor said he had used the word because he was “upset”, he was “sorry” and meant “no disrespect to nobody of the LGBT community.”

The Dublin fighter was commiserating with Lobov over a defeat when the conversation took place. He was referring to the fighter Andre Fili who had been the victor.

“That’s the fighter I was going to watch and support.

"I witnessed him lose a fight, and a potential career-ending fight, in a manner where the opponent was stalling and running away and I was upset.”

McGregor added that during the 2015 marriage equality referendum campaign he had lent his voice to the “Yes” campaign. He said he meant to disrespect to the LGBT community and wants to move on from the incident.

He said, “I was whispering in his ear and I was speaking on that and I said what I said.

"I meant no disrespect to nobody of the LGBT community.

"I didn’t mean no disrespect. You’d swear I was screaming at two people of the same sex kissing.

“I campaigned, when we were trying to get same sex marriage legalized, I was campaigning for that.

"It is another one where things just get blown out and they love to just, any chance they get they love to throw me under the bus. It is what it is.

“I’ll just say sorry for what I said and that’s it and try to move on from it.”

McGregor was in Dublin promoting his upcoming documentary, “Conor McGregor: Notorious,” which will be released on November 1. During the interview he also referred to how he felt his boxing match with Floyd Mayweather had been stopped too soon, how the birth of his son has changed him and what’s next for the fighter.

The Crumlin star has not returned to the boxing ring or Octagon since his August bout, but said there are discussions regarding his next UFC fight, which could be announced in the next few months.