Problem for Conor McGregor is, someone else has been using his “notorious” trademark for years. 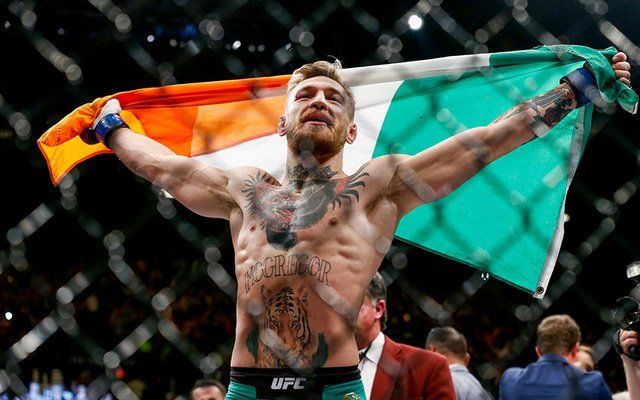 Conor McGregor is gearing up for a legal fight over the use of his “Notorious” trademark and a win could be every bit as lucrative for him as his defeat at the hands of Floyd Mayweather last week.

But first he must take on a number of companies that insist they trademarked “The Notorious” first. Two brothers in Liverpool, Andy and John Underwood, sought legal advice after he first moved to register the trademark with the European Union Intellectual Property Office (EUIPO) earlier this year.

“Generally, trademarks work on a first-past-the-post system, so the first person to apply, gets the trademark,” attorney Brian Conroy told the Irish Times.

“Once you have a trademark, you have a stronger hand than someone who doesn’t.”

McGregor also wants to roll out his own brand of “Notorious” whiskey but is likely to encounter a problem there too: that trademark for alcohol has already been registered by Séamus O’Hara, of the Carlow Brewing Company.

Prophetically, IrishCentral were warned last year that McGregor should follow Mayweather’s example and tie down any trademarks.

“He is a wonderful self-publicist but has missed out on a vital identity issue,” Dublin-based attorney Liam Birkett told IrishCentral.

“Conor should have followed the path very cleverly traveled by your own Floyd Mayweather.  If you highlight this shortcoming you will be ahead of the news. McGregor is likely to hit the headlines again as he attempts to regain his imperiled intellectual property rights.”

For his part, Mayweather has always been vigilant regarding trademark issues. As early as June he moved to register 50-0 - a reference to what he hoped would be his 50 undefeated fights in a row.