The one person who isn't too happy about Nick Offerman's new gig as Guinness spokesperson? Conan O'Brien. 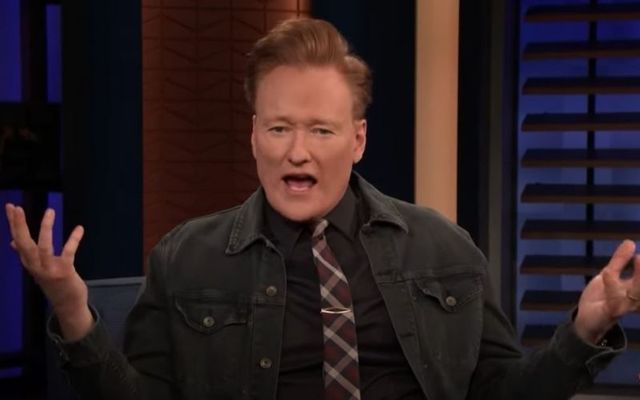 The one person who isn't too happy about Nick Offerman's new gig as Guinness spokesperson? Conan O'Brien.

When Nick Offerman was named as Guinness' new spokesperson in February, it seemed like a great fit. The Parks and Recreation star and noted woodworker has appeared in some hilarious and deadpan segments in the countdown to St. Patrick's Day, dispelling advice on how to get ready.

The Irish American (100% Irish, to be specific) late night host had Offerman on his show recently and took the chance to express his jealousy and disappointment.

"I've wanted that gig my entire life!" he said. "What better face to put on the Guinness brand than this fat Irish head right here?"

Offerman went on to explain that he does have some Irish ancestry, in addition to links to Maryland, where the new Guinness US brewery opened in 2018.

Plus, it's apparently also been a lifelong dream of his.

Read More: Get ready for St. Patrick's Day with Nick Offerman and Guinness

"Even before I knew I was going to be in entertainment, I think as a kid  - Guinness has always had really great ad campaigns, and I would think 'well, I don't know what I'm going to do when I grow up, but I wouldn't mind being a spokesperson for that Guinness Extra Stout," he said.

Conan understood but asked Offerman to help get the word out that if Guinness is ever looking for another spokesperson, he's available.

Check out some of Nick Offerman's best new Guinness spots:

Our buddy @Nick_Offerman shares the most important tip for celebrating St. Patrick’s Day... probably. Follow @GuinnessUS for more advice on how to celebrate the season. pic.twitter.com/QmZlQsXLkU