Colin Farrell has ups and downs during COVID-19 lockdown, like us all

Irish star in LA counts his blessings as he hunkers down with his sons during the coronavirus pandemic. 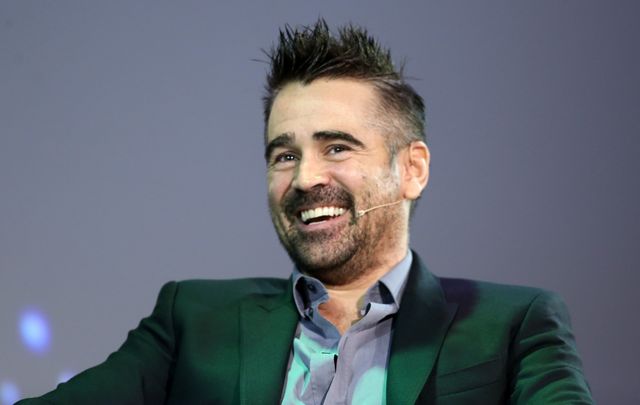 Colin Farrell is just like the rest of us when it comes to quarantine life – there are days when it’s just hard to get it together.

"But this, the way we've been forced together at such close proximity -- we've no escape from each other,” he added.

“It's brought up tensions; we've had arguments, we've worked our way through the arguments, we've made cakes. I try and get a bit of movement going every day, get the lads on the exercise bike and stuff.”

Colin lives in the Los Feliz neighborhood of Los Angeles, and he’s been pictured out and about, mask on, and tattoo-free after several procedures to shed the ink.

“I'm so grateful that I have a home and I have a fridge full of food that we've been able to hunker down. You know, try and play a bit of chess and do a bit of reading and, sure, thank God for Netflix! If I eat any more Ben & Jerry's I may start lactating myself! The diet's been dodgy, but I've been cooking up a storm,” he said, speaking for all of us who’ve packed on a few extra COVID-induced pounds.