Colin Farrell files for conservatorship of son, as he navigates life with Angelman syndrome 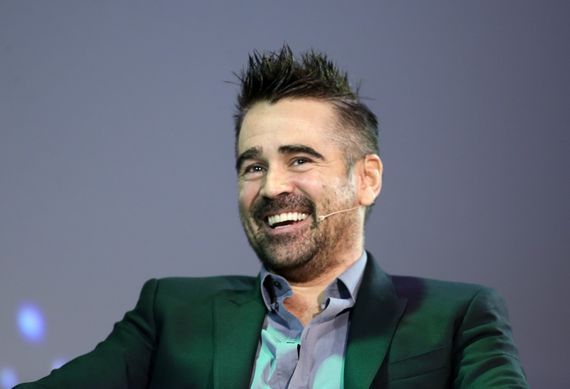 Irish actor Colin Farrell and his ex-partner Kim Bordenave have reportedly filed for conservatorship for their son.

Their son James, who has Angelman syndrome, turns 18 in September, and if the joint petition is approved his parents will be given legal power to continue making decisions on his behalf.

Legal documents state that James continues to be in need of daily assistance, including preparing food and getting dressed, as they oversee his health and wellbeing.

Angelman Syndrome is a genetic disorder of chromosome characterized by severe intellectual disability, lack of speech, sleep disturbance, and yet, usually a happy demeanor. According to Angelman Syndrome Ireland, they are currently approximately 350 people living with AS in Ireland.

Over the years, Farell has been open about his eldest son's challenges with Angelman syndrome. In an interview in 2012, he opened up about the ups and downs of his son's condition.

He told InStyle: 'We share in the smallest victories; the first words at age six or seven, being able to feed oneself at 19, and getting the seizures under control. When James took his first steps at age four, I nearly broke in half!'

It was the Special Olympics in Shanghai in 2007 that originally sparked the Irish actor to discuss his son's condition openly. “I wanted to talk publicly about the pride and joy I had in our son...He has enriched my life, but I don't want to minimize the trials that so many families go through; the fear, consternation, frustration, and pain... When you're the parent of a child with special needs, it's important to feel that you're not alone.'

In the past, Farrell has worked with the Foundation for Angelman Syndrome (FAST) to help raise awareness, as well as empower the families of those affected by the disorder.