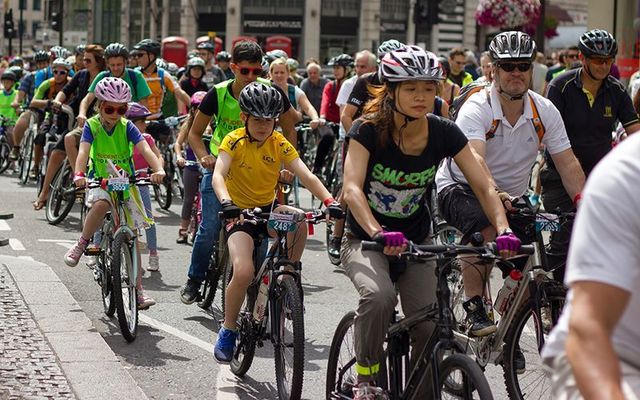 Waving goodbye to winter and embracing the longer spring evenings have given our Bike Boston NYC cyclists even more opportunity to hit the roads and put in some miles in preparation for May’s historic cycle marking Co-operation Ireland’s 40th birthday.

The backing Co-operation Ireland has already for this event has been phenomenal, with over 40 riders confirming they will travel across the Atlantic to team up with our U.S. based riders to set out together from Boston with the aim of helping the charity’s peacebuilding efforts.

This level of backing has been matched only by the support from our respected corporate sponsors who have come on board to throw their weight behind our peacebuilding efforts.

As the closing date for entries to the cycle approaches Co-operation Ireland wants to thank these sponsors who will help make the Bike Boston to NYC one of our most memorable sporting challenges ever.

Principal sponsor Breakthru Beverage Group is a drinks distributor operating from 36 facilities across North America. With a staff of over 7,000 they are leaders in their industry, but what sets them apart is their commitment to giving back to the communities in which they operate.

Their involvement with Co-operation Ireland is no different, and not only have Breakthru Beverage Group come on board as principal sponsor, but Co-Chairman Charles Merinoff will cycle the full route from Boston to New York City.

There are few more recognizable names on the planet than that of Moet Hennessy and we are delighted to welcome the company on board as a sponsor of the Bike Boston NYC Challenge.

Moet Hennessy’s commitment and Jim’s personal efforts have been critical to the success of the charity’s programmes on the ground in Ireland.

Finishing an epic 300-mile cycle demands an epic celebration and sponsors The VNYL in Manhattan will host the weary cyclists at the end of their journey to mark not only their achievement but also allow Co-operation Ireland to thank their supporters for their backing over 40 years of peacebuilding.

The Diaspora has been critical to Co-operation Ireland's success over the years and there is no more suitable location than this East Village venue where every piece of furniture - custom designed for The VNYL – has been manufactured in Ireland.

The good work Co-operation Ireland does could easily go unrecorded were it not for the Bike Boston NYC media sponsors, IrishCentral.

As the leading information service for the Irish Diaspora in the United States and beyond, the hard work that goes on every day on the streets of Belfast, Dublin, Cork and Derry by Co-operation Ireland’s outreach workers gets a global audience thanks to the outstanding efforts of the journalists at the New York-based publication.

* For further details and to register at www.b2ny.org. To check out the work of Co-operation Ireland visit the web page at www.cooperationireland.org.