This little-known tune written by a poet from West Kerry always entrances. 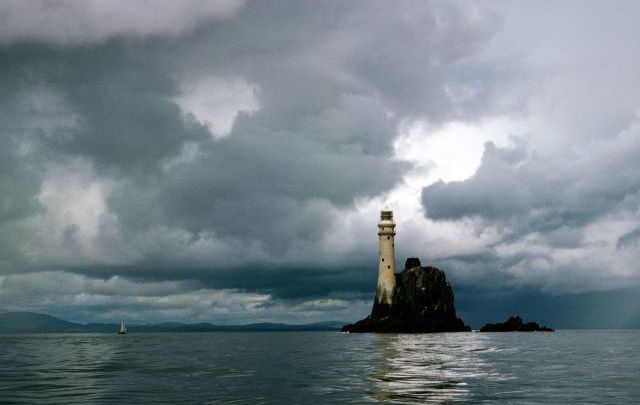 Ciumhais Carraig Aonair is a little-known tune taken from a poem written by a West Kerry poet.

“Ciumhais Carraig Aonair” is one the most haunting Irish melodies I know.

Kevin Kennedy, a west of Kerry school teacher and poet who is buried next to my grandparents in Kilmakeadar graveyard near Dingle, composed it the haunting 'Ciumhais Carraig Aonair.'

His poem was recorded and sung by local group Béal Tuinne. It is beautiful, expressive and brings me right back there when I hear it.

Carraig Aonair, literally the lone rock is English, is Fastnet Rock, the most southerly point of Ireland and last sight that millions of exiles ever saw.

It witnessed the attack on the Lusitania and the song, originally a poem, I think, addresses the Rock in Gaelic, asking it about the dreadful scenes it has witnessed and its own role in luring ships too close.

The English translation of the lyrics to 'Ciumhais Carraig Aonair' read:

The edge of Carraig Aonair under the foam of the waves
Poor, sad, exile of a thousand hearts with hope
Bright hearths left forever under sadness and tears
In the early morning the murmuring and fears.

Witness, you double-crossed and lured everyone
Tell us of the destruction? Who destroyed the Lusitania?

The thoughts of the crowds like a mist from your belt
Washed by the warm deep now
Coffin boats you watched on their way from Cobh
Danair, Don Juan(Del Aquila who led the Spanish invasion of Ireland)  and the many that travelled

Witness you double crossed and lured everyone
Tell us of the destruction? Who destroyed the Lusitania?

Sáirséal, San Ruth and Tone's men in their hundreds
You saw the Moors wrecking Dún na Séad
Witness you double-crossed and lured everyone
Tell us of the destruction? Who destroyed the Lusitania?

What's your favorite Irish tune or song? Let us know in the comments