Chris O'Dowd on "The Starling", "Constellations" and his career

"I think that kind of trying to find a laugh in the face of despair is certainly something that Irish people are incredibly good at." 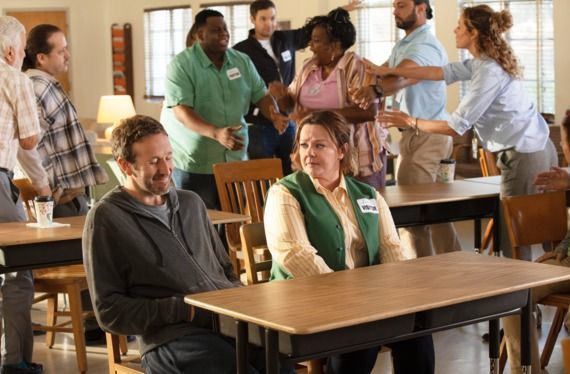 Film stardom is always a little bit different for the Irish, just ask any one of the ever-growing number of bonafide Irish film stars.

This week Chris O'Dowd, 41, is back in the heart-rending comedy-drama "The Starling" (co-starring Irish American Melissa McCarthy) that has divided critics but that all agree he acquits himself well in, playing the hard-hit father of a dead child – and a rapidly failing marriage.

He's so good onscreen that you remember why his acting career has taken off since his turn in the 2006 show that started it all, "The IT Crowd".

Speaking to IrishCentral from London, O'Dowd was in fine spirits after closing the recent, critically acclaimed West End play "Constellations". First though, he wanted to talk about The Starling and why he had accepted the role.

“I had worked with the director Ted (Theodore Melfi) and Melissa before on another film called St. Vincent (also starring Bill Murray),” O'Dowd says.

“And I was very aware of how well they can bring a film together. Though it was definitely a part that was a little daunting because the subject matter is so difficult. I think I might've been just in the time in my life where I felt like that would be an interesting challenge."

"I had first read the script for 'The Starling' seven or eight years previously when the roles were reversed and it was the wife who was in the psychiatric facility and the husband was kind of blindly trying to get on with their lives to varying degrees of success.”

Melissa is Irish American from Chicago and you're Irish. There's a shorthand between the two cultures, I say. Did you find that working with her?

“I think so. I think that kind of trying to find a laugh in the face of despair is certainly something that Irish people are incredibly good at. And Melissa's definitely got that to her, it's not just always about being positive. It's about trying to bring something good into the world when everything else is not. And that's very much her wheelhouse.”

In The Starling McCarthy, 51, plays a bereaved mother who's having a hard time accessing her anger and in consequence her grief. Instead, she simply soldiers on, ignoring her own needs because that's what she believes the circumstances call for. Until it all comes crashing, as it inevitably does.

It's interesting to see a man in this story completely lose it and just fall apart as the woman stays stoic. It's rare to see that portrayed with then kind of the sensitivity that O'Dowd brings to it. “It feels very truthful doesn't it? I remember reading the script years ago. I didn't really question it when the roles were originally reversed. And as soon as Ted's mentioned he had changed the roles, it made a lot of sense to me. I think we have entered the stage where men are allowed to kind of collapse and to be allowed to collapse.”

“I mean, it's not about getting over it. The loss. It's about just getting through the day. You don't get over any of it, but I think one of the things that I love about the film, as much as it is about talking about something terrible that's happened to some people, it, it also speaks to the power of relationship and how integral is to your own survival, to have someone who wants you to be okay is such a wonderful thing that maybe we under-appreciate.” 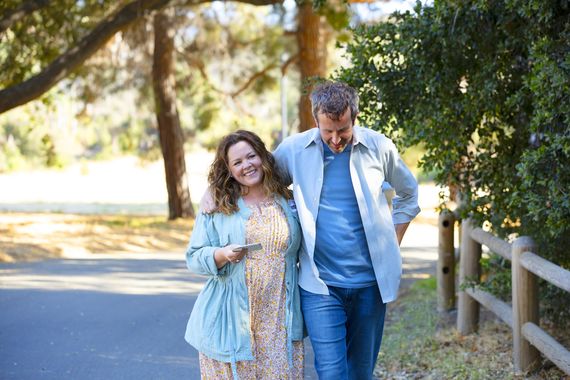 O'Dowd is now over ten years in Hollywood and he's just finished a successful run of the play Constellations in London. He's at the stage of his career where he can decide to whatever he wants. So what are the learnings of an Irish actor at his level in Hollywood? Is it everything he thought it would be, how is he finding it?

“I don't know what I thought it would be like really,” he confesses. “I have never really been that ambitious you know, there's no kind of thing where I'm like “Oh I want to get to this stage where I can do this.” I always thought, well, I wonder what it's like over there or on the London stage, or what have you and it's kind of led me to find experiences.”

Boredom is a factor, he admits. “I find that I get bored very easily and I kind of move on. So I suppose maybe I'm all for some kind of an adrenaline hit. We just finished a play the day before yesterday and it kind of came out of nowhere. The question was how do we get the West End going again after the pandemic? And jaysus it would fill you with so much delight. Like, I'm so lucky to be able to kind of do these things and then go over and do films with people like Melissa and Ted and Kevin Klein. I've been very, very lucky but I don't know what it's like to have a different plan, because I don't have any frame of reference.” 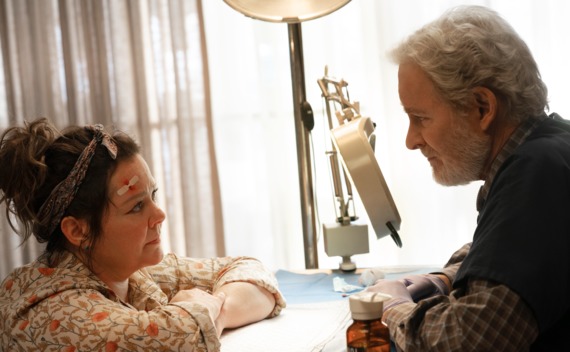 “There are some I'm very close to actually. I always feel lucky that there's a few people I would consider like peers that I kind of reach out to and talk to about work and whatever, whether it's like Aisling Bea or Cillian Murphy, people I came up with a little bit and who I watch just get better and better and do such interesting work like Saoirse Ronan and Barry Keoghan."

"There's so many talented people coming through and I do feel like they've kind of got your back and are there on you. You don't get that when you're come from a massive country. And so I've always felt very lucky about that.”

So what does he want people to know about The Starling? “I mean, this is a film that really speaks to the power of human resilience. And I think this is the time when that is a conversation worth having, because we all need a little bit more of it.”

The Starling is now playing on Netflix.