WATCH: Chris O’Dowd and Melissa McCarthy team up again for ‘The Starling’

Chris O'Dowd and Melissa McCarthy both star in 'The Starling,' a decade after teaming up in the smash-hit comedy 'Bridesmaids.' 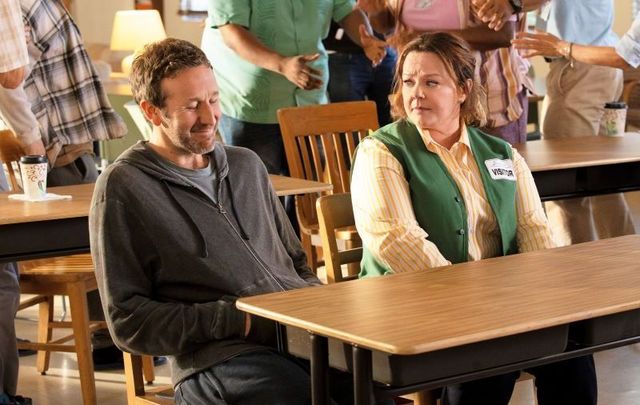 Chris O’Dowd and Melissa McCarthy star in ‘The Starling,’ which is set to arrive on Netflix in the US on September 24.

The official synopsis of ‘The Starling’ on Netflix reads: “After Lilly (Melissa McCarthy) suffers a loss, a battle with a territorial bird (The Starling) over dominion of her garden provides an unlikely avenue for her grief and the courage to heal her relationships and rediscover her capacity for love.”

"It's a heartbreaking film," O'Dowd said on British chat show This Morning earlier this month, "but very funny."

"Melissa is just top-notch," he added.

According to Deadline, The Starling will have its world premiere at the Toronto Film Festival before a September 17 theatrical release. It will arrive on Netflix on September 24.

O’Dowd shared the trailer of ‘The Starling’ on his personal Twitter on August 23 with the simple caption “Hope. It helps.”

This isn’t the first time that O’Dowd and McCarthy are teaming up onscreen - the duo previously featured in the 2011 smash hit comedy ‘Bridesmaids,' a decidedly more humorous production than 'The Starling,' at least according to the newly released trailer.

They also both shared the screen in the 2014 flick 'St. Vincent,' which also starred Bill Murray and Naomi Watts.

Elsewhere, O'Dowd has been in London performing in 'Constellations,'  a play co-starring Anna Maxwell Martin, that wraps up its run at the Vaudeville Theatre on the West End on September 12.

Earlier this week, O’Dowd shared a picture from his native Boyle in Co Roscommon in Ireland saying “Home at f***** last.”