Celtic Thunder's cover of the iconic Simon and Garfunkel hit 'The Sound of Silence' is essential listening. 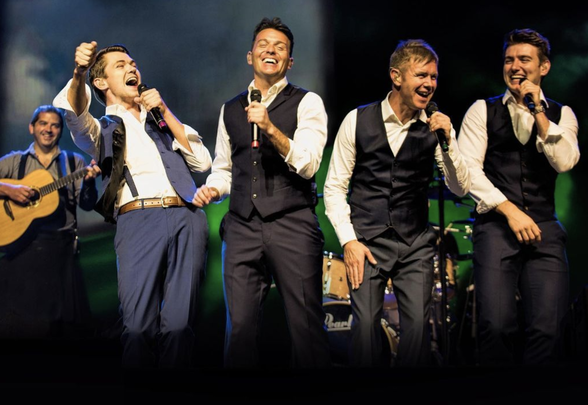 The stunning performance of “The Sound of Silence" was recorded and the video has since garnered more than 14 million views on YouTube alone!

Paul Simon and Art Garfunkel initially released the song (originally titled “The Sounds of Silence”) in October 1964 on their debut album, "Wednesday Morning, 3 A.M." The album was a commercial failure, and the duo broke apart.

However, in the spring of 1965, the song began to attract airplay in Boston and in Florida, leading the song’s producer, Tom Wilson, to remix the track with electric instruments and drums.

The single was re-released in September 1965 and hit No.1 on the Billboard Hot 100 in January. The song was also featured in the 1967 film "The Graduate."

"The Sound of Silence" was added to the National Recording Registry in the Library of Congress in 2012.

Check out Celtic Thunder's version of "The Sound of Silence" here:

Celtic Thunder, a Dublin-based singing group and stage show of male singers from Ireland and Scotland, was started in 2007 by producer Sharon Browne.

In 2007 producer Sharon Browne filmed the first-ever Celtic Thunder show at the Helix in Dublin, Ireland. The concept was to feature a group of men from Ireland and Scotland, who range in age from 21 to 42, and feature songs that celebrate a common Celtic heritage.

The members of Celtic Thunder are each a powerhouse in both their solo and ensemble songs. Ably backed by the dynamic Celtic Thunder Band, their shows are known for the use of dramatic effects of lighting and choreography as well as a stage set resembling an ancient stone pathway suggestive of those referenced in Celtic lore.

What's your favorite performance from Celtic Thunder? Let us know in the comments, below!