Celtic Thunder's renditions of classic Christmas songs will get you into the festive mood this holiday season. 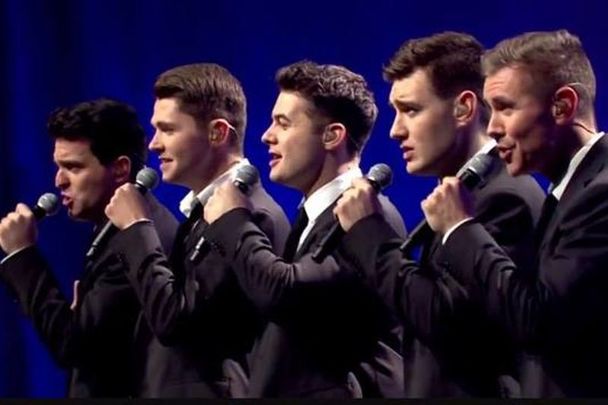 Celtic Thunder has sold millions of records around the world, including several renditions of Christmas classics.

Celtic Thunder sings music from Ireland and Scotland celebrating Celtic heritage. The mega-group performs an eclectic mix of songs ranging from traditional to international hits and some original pieces along the way.

The current cast of Celtic Thunder is made up of diverse performers Neil Byrne, Emmet Cahill, Ryan Kelly, and Damian McGinty. Past members of the group include Paul Byrom, George Donaldson, Daniel Furlong, Keith Harkin, Colm Keegan, and Michael O'Dwyer.

Celtic Thunder is famous for its live shows and has released 15 studio albums, 12 compilations, and three live albums.

Who are Celtic Thunder?

By the end of 2019, Celtic Thunder will have toured the US and Canada, coast to coast, eleven times, and Australia four times performing nearly 800 shows to date to well over a million fans. Celtic Thunder has also undertaken 2 Entertainment Cruises in the Caribbean, each one transporting over 4,000 fans on a 4-day musical extravaganza.

What's your favorite Celtic Thunder song? Is it a Christmas classic? Let us know in the comment section below.