Donaldson, 46-years-old, died at home in Glasgow of a heart attack. He leaves behind his wife and young daughter. 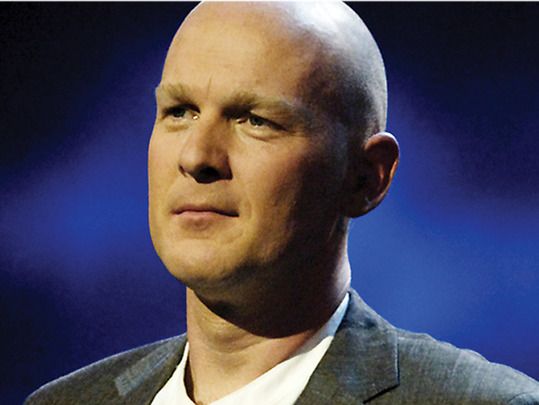 The Irish singing group and stage sensation Celtic Thunder was deeply saddened to announce the loss of principal singer George Donaldson, who passed away Wednesday, March 12 at his home in Glasgow, Scotland.

The cause of death was a massive heart attack.

Born February 1, 1968 in Glasgow, Scotland, Donaldson was 46 years old. His wife, Carolyn, and his daughter, Sarah, 13, who he described as the “light of my life,” survive him.

George Donaldson was a self-taught musician, accomplished on both guitar and flute, with a lifelong passion for Celtic music inspired by his late father Bernard. One of George’s greatest thrills was performing for his Dad – and 65,000 other fans – at Glasgow Celtic's opening match of the 2000 season at Celtic Park in Glasgow.

Donaldson joined Celtic Thunder in 2007 after auditioning for the show’s producer Sharon Browne and was invaluable in helping to establish the show’s trademark celebration of Irish and Scottish heritage.

Known in Celtic Thunder as the “steadfast” one, Donaldson carried the distinction of being the sole Scotsman in the show, as well as the only married family man of the group. He appeared in all nine Celtic Thunder concert specials and on all of the show’s CDs and DVDs released to date, the most recent being last year’s "Mythology."

A hugely successful touring act, Donaldson and Celtic Thunder performed to rapturous audiences around the world, with highlights including St. Patrick’s Day parades in Chicago, Boston, and New York City, as well as President and Mrs. Obama’s St. Patrick’s Day celebration at the White House.

In addition to his beloved work with Celtic Thunder, Donaldson was a well-established artist in his own right, acclaimed as one of the finest singer/songwriters in the ever-vibrant Glasgow folk scene. He won the Irish Music Awards in both 2011 and 2012. His first solo CD, entitled "The White Rose," was released to critical acclaim in 2011, as was last year’s follow-up, "The World In My Mind."

Recent tweets from Donaldson mentioned his upcoming St. Patrick's Day performance at Jinty's Bar in Glasgow, and his joy in watching the Harry Potter movies with his daughter, Sarah.

Harry Potter night tonight again with Sarah. There's nothing like it………. The movies are ok.

Another great night in Jinty's. I'm looking forward to singing there on ST Patricks Day, my first time for six years.

Celtic Thunder request that their fans respect the family’s devastation and privacy at this time and restrict their comments and messages for the family to the website here. Comments from his Celtic Thunder family as they mourn their great loss appear below.

"When starting Celtic Thunder, I wanted to cast a mature, dependable Man as one of the characters. Over the 7 years since, I learned that George Donaldson was the embodiment of such a Man.

A kind, loving, gentle giant, George was as affectionate as he was professional. A pleasure to work with, an amazing family man to his wife Carolyn and his daughter Sarah, an important and loved friend to myself and everyone in Celtic Thunder.

I am devastated at his sudden and untimely death. Rest in Peace with your parents George, you will be sorely missed. Sharon x"

"Today I lost a colleague, a Celtic Thunder original brother, but, more importantly, I lost a very good friend. From the first day I met him at the audition for Celtic Thunder in 2007, we became "thick as thieves" and shared so many great times together - on and off the stage. I know he's looking down now on the two most important people in his life - Carolyn and Sarah - and on the rest of us holding them up for him, with his guitar strapped around his neck and a pint in his hand with that big smile of his. As he always sang Phil's words, in his own inimitable way: "though he may be gone, memories linger on, and I'll miss him... My Old "Bro"... Rest in peace Big Man. Those of us in what you deemed "Celtic Thunderland" will miss you more than you'll ever know... Ryan xx"

"Always looking to laugh, joke and see the best in things, no matter how dark or dreary the situation. A big kid at heart, the fatherly figure that never stopped breathing, eating and sleeping Sarah and Carolyn. George was a good man, a hard worker and one of the best people to have on the road, both on and off the stage. I'm sure you’re playing music with the angels now George, I am going to miss you man. This is one of the hardest things I have ever had to write. RIP George Donaldson. Keith x"

"To a dear friend, my days spent with you have been some of the happiest days of my life. Always remembering the countless inspiring stage performances we shared and, more importantly, the confidences and laughs. Holding you close to my heart for the rest of my days,

"I really don't know what I can say to either sum up how I feel, or how to pay tribute to one of my best friends. George wasn't just an incredible friend from my first second in Celtic Thunder, but a role model. He constantly looked out for me. The two things I know more than anything in the world are firstly how much he loved Celtic Thunder; he really had his dream job and his love for everyone in the company was contagious. Secondly, more importantly, is how much he loved Carolyn and Sarah. They were the 7th and 8th members of our group because of how he included them. He loved them both more than anything else and was so proud of both of them. I’ll miss you so much G, always. RIP Big Man. Colm"

"George was a man who brought light to peoples Lives. An incredible talent. Working with him from a young age, he was always the man to make all the Celtic Thunder gang laugh. He had such joy for life. I am deeply saddened by his loss, and my heartfelt condolences go to his family at this time. RIP George. Love, Damo. x"

"George you were a wonderful friend to me. I can only look back on my memories with you and laugh to my hearts content. You were a true gentleman. A gentle giant. You have left a great legacy behind you and most of all, you were a wonderful spirit. I will miss you so much bro. Rest in peace Big G. Emmet x"

"George was the first member of the group I met at the auditions, and from day 1 he made me laugh. He had a great sense of humour and made working away from home a hell of a lot easier. I have many great memories with the big man. He will be sorely missed but I know his musical legacy will live on in many hearts and minds. Till we meet again George, May you rest in peace. Paul"

"A wise man once said, when a friend dies it's like a library burning down. Today my life is poorer for the loss of the man who never failed to call me 'brother' and I never failed to feel like he meant it. Goodbye brother and I'm happy to say there are no regrets. I was proud of you every single time I had the pleasure of hearing you tell your stories. David"