Placed on the market over two years ago, Lord of the Dance Michael Flatley’s Castle Hyde mansion is still on sale for almost $24 million. 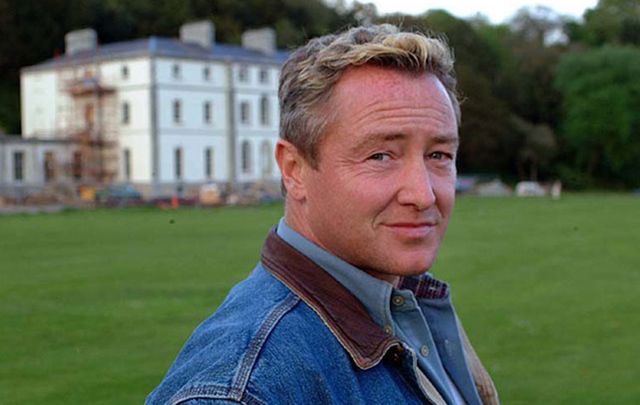 The “for sale” sign remains on the historic Castle Hyde, Fermoy, after two years on the market.

Castle Hyde, Fermoy, Co. Cork, the former residence of Lord of the Dance Michael Flatley has not been sold despite the historic building having spent over two years on the market. This could be down to the incredible building’s sky high price tag, however, as the $23.7 million (€20 million) asking price earns it the title of the most expensive property on Co. Cork.

While the Brexit vote saw a spark of interest in the river-side property lasting well into 2017, the Daft.ie property description is still hoping to finally place a “sold” title over the building.

When the Flatley family bought Castlehyde estate outside of Fermoy, Co. Cork, in 1999, it was generally regarded as a house beyond repair.

Through a massive investment and an ambitious and extensive restoration project, four years transformed this once almost derelict house into an incredible family home, turning it into one of the most impressive houses in Ireland nestled along the banks of the River Blackwater.

Unfortunately, due to work commitments, the Lord of the Dance decided to put an end to his time in this magical Irish 18th-century mansion in 2015, hoping to sell the property for an estimate of $22 million (€20 million), which has now risen to $24 million due to current exchange rates.

Although this is a rather hefty price tag, once you take a closer look at the former seat of the Hyde family, one of whom was Douglas Hyde, the founder of the Gaelic League and 1st President of Ireland, it will seem more than worth it.

With ten bedrooms, twelve bathrooms, and ten reception rooms, across 3,250 sqm, each of them looking simply majestic, you won’t be to choose a room of your own.

The glorious mansion even comes with its own beautiful indoor swimming pool and a warm bar for all the parties you’d just have to host to show off your new place. Just as well that the entrance hall, which extends the length of the house, can also double as a banquet hall, accommodating 300 guests who will mingle below ceiling moldings decorated in 24-carat gold.

Within close distance to Cork and just a few hours’ drive from Dublin, the estate takes full advantage of the fantastic salmon-fishing on the Blackwater with front lawn spalling down to the river bank. The new owner will also have fishing rights for the Blackwater’s famed salmon fishery.