A film short written, produced, and directed by the 59-year-old Chicago-born dancer will feature at an LA film festival this week. 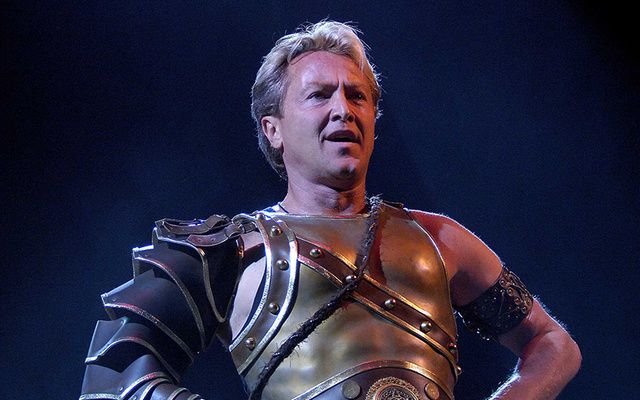 Famed Irish dancer and Lord of the Dance Michael Flatley is trying his arm at another art form – writing, directing, and starring in a new short film that will feature at the Los Angeles Shorts International Film Festival this week.

Flatley, who officially retired from Irish dancing in 2015, makes his film debut as a drunken, homeless clown in “A Little Bit of Tear,” a 12-minute short which featured in the US for the first time at the Baton Rouge Irish Film Festival last week.

Sporting a rather creepy looking clown face, Flatley plays the down-on-his luck performer whose street-side shows are looked down upon by passers-by. His luck changes, however, when he follows a woman, played by 'Lord of the Dance' co-star Erin McIlravey, into the theater and watches the performance of a lifetime.

The whole 12-minute movie was filmed on the streets of Boston and was written, produced, and directed by the 59-year-old Chicago-born dancer. It competed with ten other short Irish films in Baton Rouge last Friday, losing out to “Gridlock,” a thriller set during a traffic jam on a country road when a little girl goes missing from one of the cars.

“'A Little Bit of Tear' will feature again in Los Angeles on Wednesday, August 2, at 8 pm.

We are also set to see Flatley return as director and actor in “Til Forever,” a World War II love story with Flatley playing an allied soldier.  The movie was filmed in association with Jack In The Box Films in 2016 and is to be released later this year.

The dancing star, who turned his attentions to painting immediately after his retirement, announced that he will perform at the opening of the All-Ireland Fleadh Cheoil taking place in Co. Clare later this month.

Heading to the stage in Ennis on August 13, Flatley will take up the flute to play for the crowds alongside uilleann pipe player and composer, Gerard Fahy from Galway.

"It is a great honor to be asked to open this year’s Fleadh Cheoil na hÉireann in Ennis,” Flatley told the Clare Champion.

"It is such a great home of traditional music and a place I have very fond memories of, including winning the All-Ireland there many years ago.

"I’m really looking forward to it and am sure it will be a huge success."

Fleadh Cheoil na hÉireann, the largest Irish traditional music festival and competition in Ireland stated their delight that the Irish American celebrity would be taking to the Fly Ennis stage this August.

"The fact that the best-known figure in the world of Irish dancing over many decades is taking time out of his busy schedule to come to join us for the opening is no doubt going to make the occasion truly special, said Fleadh chairperson Frank Whelan.

You can find tickets for the LA screening of “A Little Bit or Tear” here.