Kildare Councilor has invited the NJ rocker on a tour of Rathangan, his ancestral home, when he tours in Ireland in 2023. 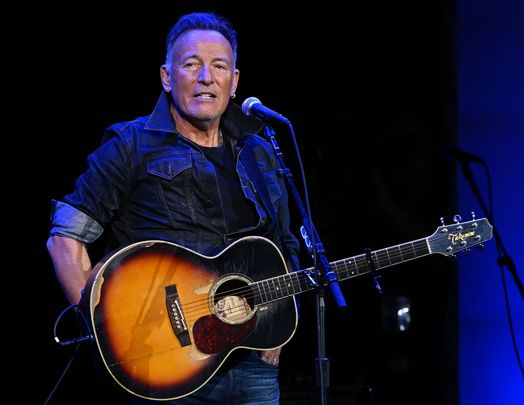 The Kennedys have their Irish homestead in New Ross, Co. Wexford, and maybe one day Bruce Springsteen fans in Ireland will flock to where his ancestors came from.

The Boss from New Jersey has three concerts booked at the RDS Arena in Dublin, May 5, 7 and 9 of next year – already sold out, of course. He’s played Ireland a bunch of times, has fondly spoken of his Irish roots and even recorded a DVD in 2006, Live in Dublin: Bruce Springsteen With the Sessions Band.

Gotta give Kildare Councilor Mark Stafford credit – he’s trying to book Bruce nice and early for a tour of Rathangan, the town where his people come from. Great great grandma Ann Garrity headed for New Jersey in 1853, and the rest is history.

"We know that he's proud of his Irish ancestry and makes reference to it during concerts in Ireland," Stafford told RTE Radio last week.

"We want to show him around and meet his relatives that we believe he has and want to trace them back.  We want him to plant a tree and recount the lovely story of Ann Garrity, that she brought a copper beech tree to the U.S. and planted it.

"We don't know if that is true, but he speaks of sitting under the tree with his grandmother as a child."

The Boss’s great-great-great-grandfather, Christy Gerrity, from Rathangan, was, in fact, a bit of a hell-raiser.

The Irish Independent reported that in 1823 Gerrity was arrested and imprisoned under the Insurrection Act, which targeted those protesting the social injustice of excessive tithes, rent payments, and related evictions of the time.