“Boondock Saints” are back! Norman Reedus and Sean Patrick Flanery to star in re-boot

The cult classic "Boondock Saints" is making a return and continuing the story of vigilante Irish brothers Conner and Murphy fighting crime in Boston. 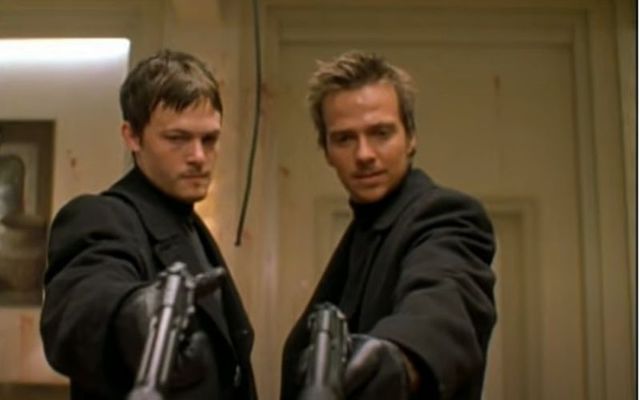 Irish cult classic "Boondock Saints" is making a return with a third installment to the franchise in the making.

After the incident, they have a realization to get rid of all the organized crime in Boston. FBI agent Paul Smecker (Willem Dafoe) can’t help but admire the pair from afar, even as he is tracking their every move.

Watch the trailer for the first Boondock Saints movie here:

Director and producer said they hope to bring back others like Dafoe, but that has not happened yet and Dafoe isn’t involved in the third film, per his reps.

“The fans have loved these characters for 20 years,” explained Duffy to Deadline.

“They use terms of endearment like ‘the Brothers’ or ‘the Boys.’ We left them in jail at the end of Boondock 2 and fans want to know what happened to them. Norman and Sean have been a driving force to keep this franchise on track and break some new ground story-wise.

"The fans have been waiting. They literally ask about it daily, and I am really excited to be working with Impossible Dream to make Boondock III a reality.”

There was fear from fans that a third installment was off the cards when Flannery tweeted in 2017 that he and Reedus were no longer involved in Boondock III because of disagreements. However, Duffy said that whatever differences they had have been patched up.

In Boondock Saints II: All Saints Day, the brothers end the film behind bars for their vigilante crimes. The third film picks up from there.

Filming is hoping to begin next year when Flanery has completed his work on the series "The Boys" and Reedus is freed up from his commitment with the "The Walking Dead".