Paul Mescal and Josh O'Connor star as gay lovers in the new historical romance "The History of Sound." 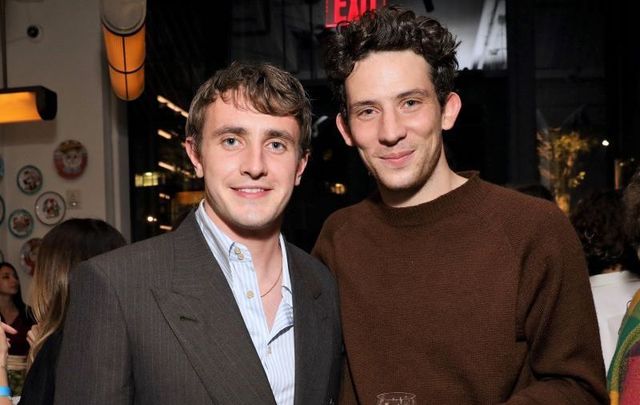 Normal People's Paul Mescal and The Crown's Josh O'Connor will star together in the World War I gay romance "The History of Sound."

The film, which is described as a “universal love story,” will be adapted by Ben Shattuck from his Pushcart Prize-winning short story of the same name.

"The story follows two young men, Lionel (Mescal) and David (O’Connor), who, during the WWI period, set out to record the lives, voices, and music of their countrymen.

"In this snatched, short-lived moment in their young lives, and while discovering the epic sweep of the USA, both men are deeply changed," reports The Hollywood Reporter.

The film will be directed by Oliver Hermanus. The 38-year-old South African director and writer won the 2011 Queer Palm for "Beauty" in 2011 and is behind this year's critically acclaimed LGBT drama "Moffie."

“I instantly fell in love with Ben Shattuck’s flawlessly beautiful short story and knew I had to be involved in its journey to the screen,” said Hermanus.

“Paul and Josh are two of the most promising actors of their generation who will share with us deeply soulful performances. This is an unexpected love story that needs to be told — it is a journey through the life of America, across the 20th century and the traditions of American folk music, all seen through the bond between two men immersed in the history of sound.

"This undeniably powerful story will certainly resonate with audiences the world over.”

Principal photography on the film will begin next summer in the U.S. and on location in the U.K. and Italy.

“Working with Oliver, Ben, Paul and Josh is an immense privilege,” said Kortschak. “We are all struck by Ben’s beautiful and resonant short story, exploring love, loss and memory. We are beyond excited to adapt this story for the screen with this incredible team.”

Irish actor Paul Mescal, 25,  won a BAFTA for his break-out role of Connell Waldren in the BBC/Hulu miniseries "Normal People." British actor Josh O'Connor, 31, won an Emmy earlier this year for his portrayal of Prince Charles in Netflix's "The Crown."