Josh O'Connor on breakthrough roles in Emma, The Crown and Hope Gap 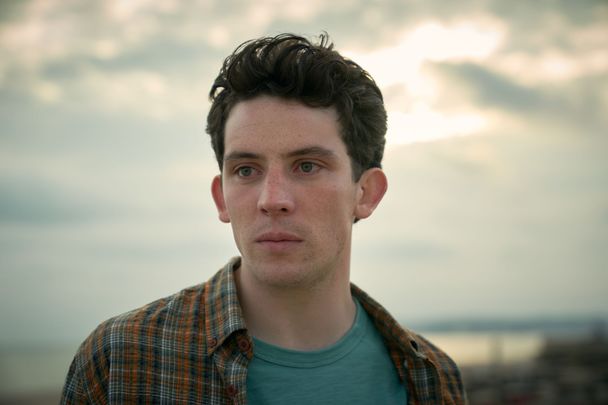 Appearing as Prince Charles in "The Crown", Mr. Elton in "Emma" and now as Jamie, the troubled son stuck between two divorcing parents in "Hope Gap", the 29-year-old is on a career-high.

You don't often see thoughtful films like "Hope Gap" (starring Josh O'Connor, Annette Bening, and Bill Nighy) getting made very often these days. Small, intimate studies of ordinary people facing extraordinary life challenges, like a divorce after 29 years of marriage, and doing their level best to contend with the fallout they are increasingly difficult to finance and bring to the screen.

In the new film O'Connor, 29, plays Jamie, an only child stuck in the middle of two suddenly warring parents that he thought he knew. On the surface, they have lived a placid middle-class existence for decades, but underneath?

Solving the problem of what to do when the unthinkable happens to the people you love is the story of Hope Gap. Annette Bening plays Grace, a quietly observant Catholic mother who is stunned to discover her longtime husband Edward (Nighy) has decided to abruptly end their marriage, and worse yet he has fallen in love with someone new.

“When I got the script I think I was doing press for "God's Own Country" (the 2017 love story for which O'Connor won a BAFTA) and I remember reading this one and I found it kind of horrifying, I guess.”It was a very lyrical writerly script, almost like a play, he says.

“I guess in a weird way it didn't feel very naturalistic at all. It felt like these people were speaking so well about their emotions. I had spent most of my career to this point playing working-class people, people who were perhaps less able to articulate their emotions. (O'Connor, an heir to the Bunting tea fortune, is aware of the irony here).

But in "Hope Gap" he was suddenly around a bunch of middle-class people who are literally perfect in articulating how they feel. “And  I just thought it was quite interesting contrast to my other work,” he says. “Then I heard Annette Bening was involved and it was a no brainer.”

Writer William Nicholson, best known for the Oscar-winning "Gladiator," has created his most personal script to date and spares no one in this tense and unsettling drama.

Playing only child Jamie, O'Connor lays out the personal cost of the divorce and his mother's obvious devastation on him as a helpless only child. By roughly taking away the guardrail that a parent provides to their offspring, he reminds her that he's as much a victim of the great unhappiness that has suddenly claimed them all.

“Bill Nicholson is a terrific writer and a wonderful man,” says O'Connor. “I think Hope Gap is quite personal to him. And that's why so some of those conversations in the film, some of the dialogue between Annette and myself is so dark and comes from a place of real desperation I think.”

Desperation is the right word for it. As a young man with relationship problems of his own Jamie tells Grace at one point that if she can somehow keep going along the road he'll know that no matter how bad it gets, he can get through to it because she got through it before him. Speeches like these feel so raw, as does the pain they represent, in a way that we don't often get to see on screen nowadays.

The role of Jamie is also a major gear shift from the other's O'Connor's played recently, including the egotistical social-climbing vicar Mr. Elton in the new smash-hit screen version of Jane Austen's Emma.

Playing the famous role as if he's god's gift to women was hilarious, he says. It also means that he's developed a friendly rivalry with his pal the Irish actor Andrew Scott, who the internet has dubbed “the other hot priest” in the award-winning drama Fleabag. O'Connor's clearly on a career-high and having a lot of fun.
“It was hilarious playing Mr. Elton because he's an iconic character,” he reveals.

“The option to play him really meant the world to me and I loved every minute of it. I haven't spoken to Andrew since Fleabag won all the awards, but when I do I'll tell him he has some competition at last.”

Meanwhile "Hope Gap" is winning critical plaudits so what would O'Connor like people to know about it? What kind of film would he say it is? “I wouldn't necessarily want people to know too much about it going in,” he replies.

“I think it's biggest selling point is that it's an usually thoughtful film. I think that there is poetry within it. It's certainly not like a lot of the stuff that I've done before. I think it feels like it's sort of film we don't necessarily see anymore. Whereas we rely a lot on the visual language of film these days. This instead feels very lyrical and I guess that's what I would say.”

As an exploration of the unexpected disintegration of love, and what you have to do to go on living in the aftermath O'Connor thinks it's a really successful film on its own terms. “Bill and Annette are both very powerful in it and it's got that seaside town setting that's always really dramatic.”

Being an O'Connor (and of Irish heritage) I have to ask him if he has ever been offered or would like to play an Irish role?  “Oh, I would love to. My family are from Cork originally and I would love to do a film there. There was a film offer I was up for a few years ago and then it kind of fell through, sadly. I hope there will be more. I'd love to play an Irish character for sure.

He's certainly proud of his Irish name. “I'm pretty sure we were once royalty over there weren't we? There was a king O'Connor. I'm just gonna say it's him I'm related to. I'm just going ask to sit on the throne.”

Speaking of thrones you may best know O'Connor from his role as Prince Charles in The Crown, or for his turn as the writer in the family in the show that Queen Elizabeth adores, The Durrell's of Corfu. Has playing Charles given him any insight into the real lives of the royal family?

Getting to grips with what happens when your parent's divorce is a much smaller leap than the goldfish bowl of the royal family life, but in its own way it turned out to be just as challenging he says. “I want people to see it and see themselves,” he says. “That's my dream for it.”