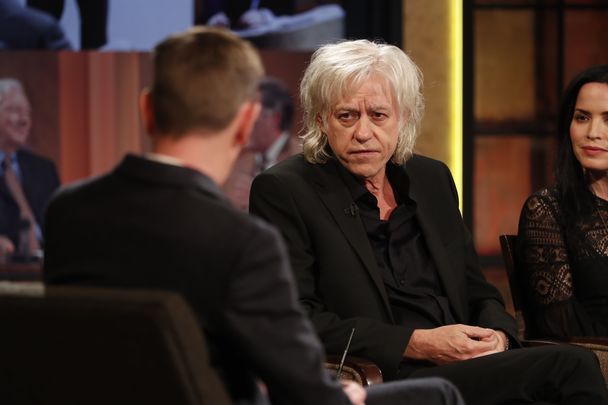 Where were you when you watched the global Live Aid concerts on the telly, organized and executed by Boomtown Rat Bob Geldof?

Wherever you were, it was 36 years ago today, believe it or not!  What an occasion it was…two massive outdoor concerts on July 13, 1985, in London and Philadelphia, televised around the world and featuring the megastars of the day like U2, George Michael, Paul McCartney, Madonna, Freddie Mercury, Tom Petty, Mick Jagger, David Bowie, Bryan Adams, Boy George, Duran Duran…we could go on and on.

The goal was profound and so necessary: bringing to light the devastating famine in Ethiopia and raising funds to help stop the spread.  It was an epic occasion that raised well over $100 million and a commitment to the African continent by many stars, such as Bono, that continues to this day.

For Dubliner Geldof, Live Aid was an interesting time, and not all of it was wonderful.

"I became Saint Bob," Geldof told the Associated Press in a 2020 interview reflecting on Live Aid and its impact.

"I hated it. It became impossible.  For a while, I was bewildered. I didn’t have much money at the time. It impinged entirely on my private life. It probably ended up costing me my marriage."

He also feels the attention negatively impacted on his music career as the leader of the Dublin band the Boomtown Rats.

"I wasn’t allowed go back to my job. I’m a pop singer. That’s literally how I make my money. That’s my job. I get up in the morning, if I’m in the mood, I’ll try and write tunes. I’ll go and try and rehearse," he said. "And I couldn’t. And no one was interested. Saint Bob, which I was called, wasn’t allowed to do this anymore because it’s so petty and so meaningless. So, I was lost."

Geldof’s life has definitely had its ups and downs.  His ex-wife Paula Yates died by overdose, as did their daughter Peaches. Bob has since married his longtime love Jeanne Marine, and he’s proven to be a smart businessman too with his involvement in various TV production companies.

His music career continues as well on a smaller scale, but no doubt the Saint Bob moniker will always be first and foremost.  Live Aid, he feels, would never be as successful if it was staged in this day and age.

"It was the end of that political period of cooperation and consensus and compromise. Would that happen today? No. You just have to look at the clowns running the planet to understand that could never happen again," he said.