Before meeting Mercury, Hutton was a hairdresser in his hometown in County Carlow before moving to London, where he met his future boyfriend. 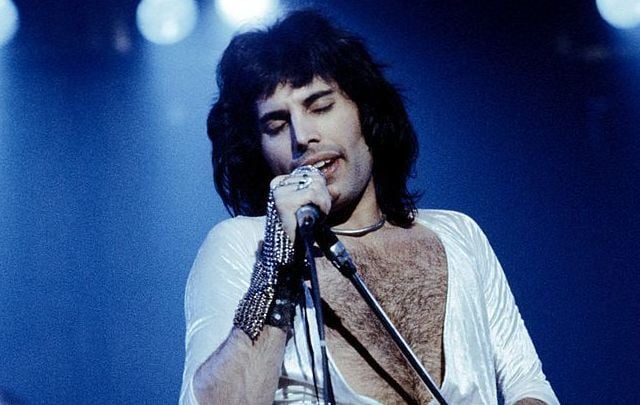 We take a look back at a little-known aspect of Freddie Mercury's life, the Queen frontman's County Carlow boyfriend, Jim Hutton.

Jim Hutton is most notably known for being the partner of former Queen frontman Freddie Mercury. Before meeting Mercury, Hutton was a hairdresser in his hometown in County Carlow before moving to London, where he met his future boyfriend.

Hutton was with the dynamic singer for seven years until Mercury’s untimely death in 1991 due to AIDS. Hutton and Mercury shared an extremely private life away from the cameras. So what do we know about Jim Hutton?

On New Year's Day in 2010, Hutton died at the age of 60 from lung cancer, just three days shy of his 61st birthday. In 1990, Hutton was diagnosed with AIDS and dealt with it until his death. Hutton, who cared for Mercury during the singer's battle with the same syndrome, said that it took him a year to break the news to Mercury that he too had been diagnosed with AIDS. Many believed that Hutton had died from complications with AIDS, however, it was revealed that his death was caused by lung cancer.

Released his memoirs entitled ‘Mercury and Me’

In 1994, Hutton released a book entitled ‘Mercury and Me’, a memoir of his relationship with the famed singer. Within the book, Hutton shared details of his relationship with Mercury as well as some never before seen candid photos of both himself and Mercury together. In an interview given shortly after the book was released, Hutton discussed various reasons why he wanted the book to be written and how it helped him deal with his grief in the aftermath of Mercury’s death.

Helped care for Mercury after the singer was diagnosed with AIDS

In 1987 Freddie Mercury was diagnosed with AIDS. For the next number of years, Mercury denied publicly rumors that he had contracted the syndrome. However, it was later found out that he had informed only those he most truly trusted, with Hutton being one of those people. Mercury told Hutton that he would understand if he wanted to end their relationship to which Hutton replied, “I love you, Freddie, I’m not going anywhere.” For Mercury’s remaining years Hutton took care of him and was by his side until his death.

Both Hutton and Mercury wore wedding bands during their relationship

Hutton and Mercury weren’t officially married, but they both wore wedding rings to show their commitment to one another. Hutton and Mercury began their relationship in a time long before same-sex marriage and other forms of equality we see today, which various groups have been campaigning towards for the last number of decades. Hutton lived with Mercury in the singer's Garden Lodge home soon after they began dating where they remained together until Mercury’s death.

Jim Hutton and Freddie Mercury were both private individuals

Both Hutton and Mercury were extremely private individuals and therefore so was their relationship. It wasn’t until after Mercury’s death and the release of Hutton’s memoirs in 1994 that fans were able to get a glimpse into their relationship. The book included many intimate photos of the pair from their many happy years together.