Bono said that Damon was choosing to remain in Ireland because it was handling the pandemic better than the US. 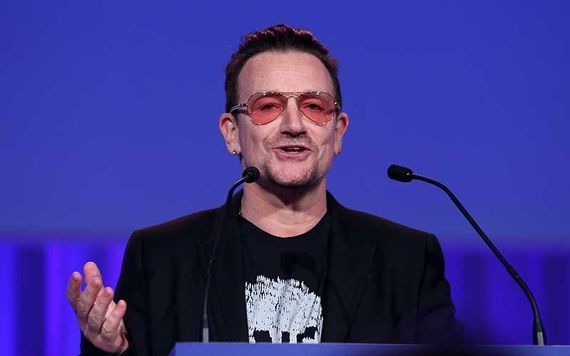 U2 frontman Bono said that Matt Damon was "showing confidence" in Ireland by remaining in the country during COVID-19 lockdown.

The Hollywood star has been holed up in the south Dublin suburb of Dalkey with his family since Ireland went into lockdown in March and Bono, who also lives in Dalkey, said that it reflected well on Ireland.

Speaking to the Ryan Tubridy Show on RTÉ Radio One on Friday morning, Bono said that Damon was choosing to remain in Ireland because it was handling the pandemic better than the US.

"He's showing confidence in the country. He could have left. He sees the madness that's going on in his own country and he loves it here," Bono said on Friday.

Bono, who turned 60 on Sunday, labeled Damon "an incredible human being" due to his countless acts of charity.

The U2 frontman referenced Damon's charity work in Africa with One.org - a global movement campaigning to end global poverty and preventable disease - and his work co-founding water.org, which provides safe drinking water for communities in developing parts of the world.

He also joked that he was frustrated by Damon's popularity among Dalkey women.

"One thing that really annoys me about him is that all the locals here have voted him as sexiest man in Dalkey, which I find offensive," he said.

Damon has endeared himself with the Dalkey locals during the two months he has spent there during lockdown.

He has been frequently spotted going for walks in the area and was regularly sighted at local eateries prior to the full shutdown.

The movie star caused a stir when he was spotted swimming over Easter weekend when he carried his swimming gear in an old SuperValu shopping bag.

Damon was in Ireland to shoot his new film - the Last Duel - before the COVID-19 pandemic gripped the country and sent it into lockdown.