Bob Dylan song, an ode to his own life, makes reference to Irish poets 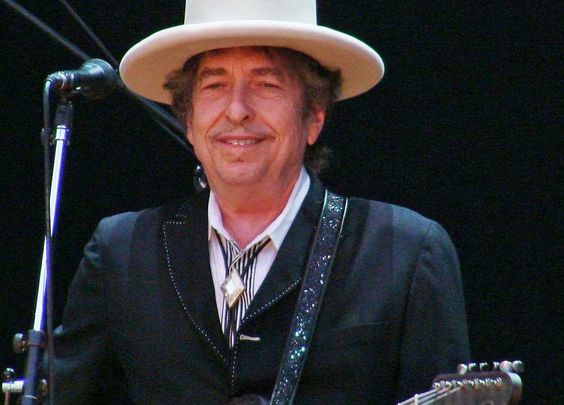 "I Contain Multitudes" was just the second track Dylan released in eight years at the time and makes reference to Irish poets and songs, including a nod to a blind 19th-century bard from County Mayo.

Ó Raifteirí, who was born in Co Mayo, became blind after contracting smallpox. He went on to perform songs and poems for the Anglo-Irish gentry and died near Craughwell, in Co Galway.

Speaking to the Sunday Times, Richard Thomas, a Harvard professor who wrote the book "Why Dylan Matters," said the theme of Irish bards runs "throughout the song and throughout Dylan’s whole songbook" and this song refers to all Dylan has soaked up throughout his lifetime.

Thomas said, "That he begins with Ó Raifteirí...  takes you back to folk, Irish, but also Scottish, English, Appalachian, which hold a central place in his creative mind."

Ó Raifteirí isn't the only Irish figure who makes his presence felt in the 2020 track.

Irish poet and Pulitzer prize-winner Paul Muldoon also noted references to W.B. Yeats. He told the Times, "The most useful way of thinking of it is as a mingling of a number of Irish writers, including a Yeats and Raftery amalgam."

Muldoon said Ó Raifteirí "is known primarily through the prism of Yeats... But his best poems, like Anach Cuan, are milestones of Gaelic literature.”

He added that the line “The flowers are dyin’”, could refer to the beloved Irish ballad, Danny Boy.

Other Irish references fans have pointed out include the line "Keep your mouth away from me," a reference to a 17th-century Irish poem.

Online forums, including Cassandra Voices, put Dylan's interest and references to Irish poetry down to Shane MacGowan, the frontman of The Pogues. Apparently, the two men spent an evening together in 2017 and MacGowan gave him some poetry tips.

However, Dylan's interest in Ireland is not new. Daniel Epstein, author of "The Ballad of Bob Dylan: A Portrait," told the Times, “The theme of civil disobedience in Irish traditional music, and Dylan’s own music, is evident,” he said.

“Dylan was profoundly influenced by traditional Irish music from the beginning of his career.”

It's also thought that Dylan could have become aware of Ó Raifteirí through the late Irish musician Liam Clancy, who publicly recited the Mayo poet's works. In the past, Dylan has cited the Clancy Brothers and Tommy Makem as influences.

A quick look back through Dylan's discography shows the huge influence the Irish have had on his work, so far.

In 1963, Dylan released "Farewell," an alternate rendition of "Leaving of Liverpool," an Irish folk song adapted by The Dubliners and The Pogues.

Dylans' 1964 song, "The Times They Are a-Changin’," was heavily influenced by Irish ballads. Epstein told the Times the opening line is a reference to "Come Gather Round Me Parnellites" by Yeats.

Dylan even recorded a cover of The Auld Triangle in 1967. In 1989, he performed another Irish ballad "Eileen Aroon," at the RDS in Dublin. He has also covered Paul Brady's version of "Arthur McBride" in his album, Good as I Been to You.

June Brown, the Guinness-loving star of "EastEnders," has passed away