Bloomsday 2021 will be observed globally as dozens of Irish Embassies have announced special events for June 16. 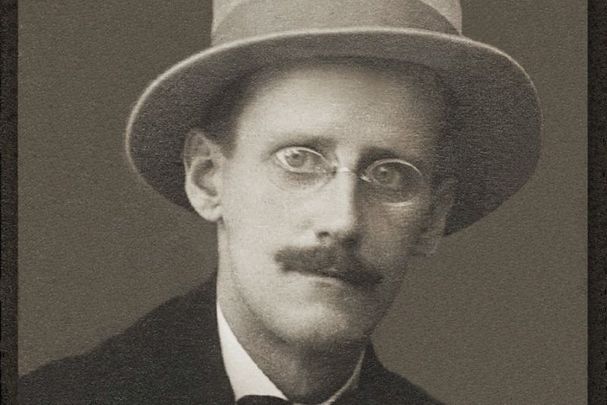 A portrait of James Joyce in Zurich in 1915. Public Domain

More than 30 of Ireland’s Embassies and Consulates are marking Bloomsday 2021 with a diverse range of physical and virtual events in collaboration with local partners.

This Bloomsday, Irish Embassies and Consulates around the world have come together for one common goal, to celebrate the Irish author James Joyce.

As well as over 30 events taking place online and around the world, people from 40 countries came together to create a short film, "Opening Ulysses," available to watch below.

Bloomsday is a commemoration and celebration of the life of Irish writer James Joyce, observed annually in Dublin and around the world on June 16, the day his 1922 novel "Ulysses" takes place in 1904. It's also the date of his first outing with his wife-to-be, Nora Barnacle. Bloomsday is named after "Ulysses'" protagonist Leopold Bloom.

In 2021, as we've all spent so much time apart over the last year and a half, it seems fitting that we come together as a global community to celebrate the great Irish writer, James Joyce.

Ireland's Minister for Foreign Affairs and Minister for Defence, Simon Coveney, T.D., commented: "Building on Ireland’s innovations in digital diplomacy over the last year, our 2021 Bloomsday campaign is a global celebration of Joyce, as our diplomatic network mobilize hundreds of diverse partnerships to bring inspiring Irish literature to new audiences on six continents."

While you can find the full range of international activities here, here are some highlights of the global Bloomsday 2021 events:

Ireland’s Consulate General in New York has partnered with the University of Buffalo in unveiling a new 36-foot vibrant James Joyce mural in the city, creating a landmark for the Irish community and raising awareness of the home of the largest collection of Joycean manuscripts and materials.

In Mozambique, the Irish Embassy looks to uncover talented local writers with a Bloomsday Poetry Competition, open to all ages.

The Irish Embassy in London will host a virtual Bloomsday celebration of the life and works of James Joyce with the help of a few very special guests including author Emma Dabiri who will host the event, and actor Adrian Dunbar who will perform a reading by Joyce.

Ireland’s Embassy in Indonesia are bringing Joyce’s Ulysses to life with a Bloomsday Booth that recreates the iconic Sweney’s pharmacy alongside an interactive exhibit, all displayed in one of Jakarta’s most prominent shopping malls.

In Stockholm, the Irish Embassy combines Bloomsday with the great national celebration of Midsommar, presenting Molly’s Midsommar, with the best of Irish and Swedish culture brought to audiences’ from the city’s harbor.

In Pretoria, the Embassy will take part in a cultural event on June 16 partnering with a literary social enterprise and non-profit group dedicated to enhancing access to literature for young people in inner-city Johannesburg, and will give away copies of Joyce’s work.

Ireland’s Embassy in Mexico collaborated with the National Autonomous University of Mexico (UNAM) to present the Joyce in Latin America Conference, hosting high-profile speakers and experts on James Joyce and Irish literature more broadly. One of the conference highlights was the announcement of the establishment of the Eavan Boland – Anne Enright Irish Studies Chair at UNAM. This is the first dedicated Chair in Irish literature in Mexico and will be the cornerstone for a developing Irish studies program.

In Sydney, Ireland’s Consulate partners with the University of Sydney to present a Joycean Jam, collaborating with local artistic collective Prankqueans to engage audiences in a celebration of Joyce’s work through cabaret readings, spoken word and song.

In Atlanta, Nuala O’Connor, author of the acclaimed Nora, joins Emory’s University’s Geraldine Higgins, Consul General Ciara O’Floinn, and others on 16 June for ‘‘In Praise of Women’’. This program, a collaboration between the Consulate of Ireland in Atlanta and Arís Theatre celebrates the women in Joyce’s life and work, above all Nora Barnacle, the inspiration for Molly Bloom.

The Department of Foreign Affairs (DFA) and the Museum of Literature Ireland (MoLI) have partnered to produce Opening Ulysses, a short film created in collaboration with 40 Irish Embassies and Consulates worldwide.

Ahead of the centenary of the novel’s publication next February, this specially commissioned film invites global audiences to engage with Ulysses through a playful, virtuosic reimagining of its opening line:

"Stately, plump Buck Mulligan came from the stairhead, bearing a bowl of lather on which a mirror and a razor lay crossed."

Filming has taken place in more than 40 locations across six continents, from Alaska to Abuja, Santiago to Seoul, Canberra to Chicago.

Over the Bloomsday period, more than 5,000 copies of Ulysses, Dubliners, and A Portrait of the Artist as a Young Man will be distributed in more than 100 cities on six continents, in 18 languages ranging from Chinese, Japanese and Latvian to Hebrew, Greek, and Bahasa.