" Saint Patrick and Leopold Bloom are ushers who open the door between two seasons." 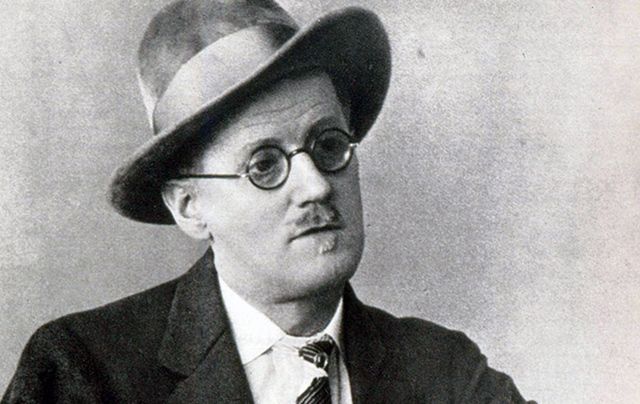 Bloomsday 2022 is upon us. How will you be celebrating June 16? Will it be as wild and busy as St. Patrick's Day?

St. Patrick’s Day is to the spring equinox what Leopold Bloom's Day is to the summer solstice. When James Joyce wrote his epic "Ulysses," he was doing so on behalf of the people of Dublin, whom he wanted to exalt. He wanted the people of Dublin to be immortalized, and that they assume a significance as the Seventh City, the center of the universe, the fount whence all things can come.

No one in modern literature had ever before infused a place with so much mythological and literary resonance as Joyce has done with the streets of Dublin. In that way, Dublin has become the universal city, where ancient-minded dinseanchas (lore of places) is refreshed in modern literature, where it is the model for how that is done.

As those who would be led along the way to spring will parade the streets of magic cities across the planet on Saint Patrick's Day, followers of Leopold Bloom perambulate about imaginary Dublin landscapes, in cities across the planet, in anticipation of the great bloom, the summer solstice that comes a few days later.
Joyce put a baby blue cover on the first edition of "Ulysses," with white lettering, to match the colors of the Greek flag. The imagery of new republics, free of monarchs, includes romantic symbols of suns bursting into full glory as in the summer.

These are symbols Joyce has enlivened in a down-to-earth method of myth-making. In the details of urban life, amidst the concrete, on a walk through the city, maybe with a book under-arm for inspiration, the epic awaits, and everyday everyman life can resonate for eternity with just the right attitude and mode of associative consciousness.

This all comes naturally to Joyce, and he thought to the Irish, his people. He wanted to preserve this and not let it die. He was a participant in the Celtic Renaissance in that way.

His great Fenian masterpiece – "Finnegans Wake" – advances old Celtic thinking, what Lacan called knots, like a new language for the unconscious. "Ulysses" is more wakeful consciousness, awake and aware of itself in the wonderful personage of Leopold Bloom.

Joyce has given the Irish another Saint Patrick – himself – posing in the bowler cap, and assuming the name Leopold Bloom, as Leopold Bloom, himself, assumes the name of Henry Flower.

The layers are as multitudinous and balanced as the unfolding lips of a bloom that opens in the golden ratio.

Saint Patrick and Leopold Bloom are ushers who open the door between two seasons. We herald spring and the summer with this strangely specific eve-holidays that come just before the universal solstice and equinox.