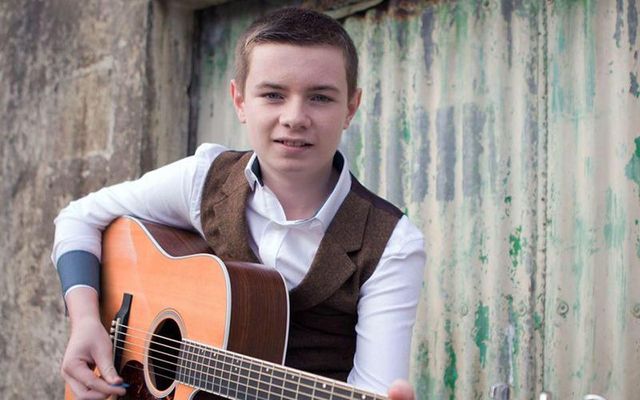 Up and coming Irish country star Keelan shows off his voice in this amazing George Jones cover.

Could this be the best George Jones’ “Who’s Gonna Fill Their Shoes” cover?

Amazing young country singer Keelan Arbuckle has already wowed country music fans across Ireland with his debut album but the Co. Donegal native, who once charted ahead of Taylor Swift in the Irish country music charts, has now racked up over a quarter of a million views since releasing this cover last year.

Created by his manager Steve Bloor, the video simply features Keelan (as he’s known as on stage) sitting with his guitar and showing off his voice, while archive images of some of the big names he mentions in the song appear.

Back in 2015, Keelan already had a big name for himself in Ireland reaching the number one spot in the Irish country music iTunes charts ahead of massive American country-turned-pop star Taylor Swift with his cover of George Strait’s “Amarillo by Morning.”

Releasing his debut album “That’s Important to Me” in 2015 also, Keelan, although still a teenager, has already performed with the biggest names in the Irish country music scene, including Philomena Begley, Nathan Carter, Mike Denver, Jimmy Buckley, and Michael English.

“I couldn’t believe it reached number one in front of Nathan Carter and Taylor Swift,” Keelan told the Derry Journal.

In fact, after Philomena Begley tipped Nathan Carter to become the next big thing in Irish country music over a decade ago, she’s also predicted the same for Keelan, a certainty that the Donegal singer is destined for big things.

He already has a massive following in Ireland with over 7,000 followers on Facebook and has recorded six music videos which have all featured on CountryTV in Ireland.

You can hear another one of his most recent hits here:

What do you make of Keelan’s cover? Could he be the next Irish country music star?