Here are your Irish nominees for the 2020 BAFTA TV awards

Derry Girls, Aisling Bea, and Graham Norton are among the Irish talent nominated for this year's BAFTA Television Awards. 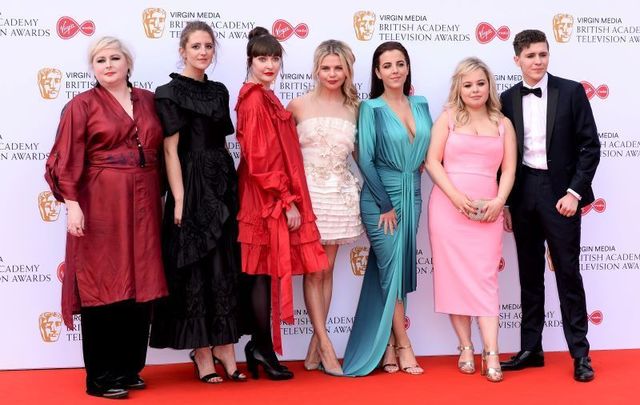 The BAFTA Television nominations for the 2020 awards show has been released, and there is plenty of Irish talent across the categories.

The BAFTA Television awards reward the very best in television craft and television programs broadcast in the UK in 2019.

In accordance with current restrictions, both Awards will take place as closed-studio, socially-distanced shows, with nominees invited to accept their awards virtually.

Here are the BAFTA nominations honoring Irish talent for this year's awards:

Aisling Bea, who was born and raised in Co Kildare, is nominated in the Breakthrough Talent for her writing on "This Way Up," which she also starred in.

Thank you so much to @bafta for the breakthrough nomination for my baby #ThisWayUp - I am so incredibly proud of the show & everyone who helped me make it & make my dream come true.
(“What wanker wrote that… https://t.co/z40Hc2ACCi

Read More: "This Way Up" should be your next Irish comedy fix

Sharon Horgan, who was born in England but raised in Co Meath, is nominated alongside Rob Delaney, Jim O'Hanlon, Toby Welch in the Scripted Comedy category for "Catastrophe." Horgan writes and stars on the show.

Read More: What you should know about Sharon Horgan's "Catastrophe" season four

David Holmes, a composer and electronic musician from Belfast, is nominated in the Original Music category alongside Keefus Ciancia for their work on Killing Eve. The duo was nominated and won in the same category last year.

Andrew Scott,  a Dublin native, is included in the Virgin Media's Must-See Moment category, which is voted for by the public, for his performance in the so-called Confessional Scene in the hit-show "Fleabag," in which he starred opposite Phoebe Waller-Bridge.

"Line of Duty" and "Games of Thrones," which were both filmed in Northern Ireland, are also up for some BAFTA television awards this year.

Richard Williams, Chief Executive of NI Screen, said the news of the BAFTA  nominations "gives us a real lift in these strange times".

"It is great to be reminded of just how brilliant Derry Girls, Line of Duty and Game of Thrones are and how much they are loved by audiences. We offer our huge congratulations to all the nominees," he said.

"Like many industries, the screen industry has ground to an almost complete halt with the global pandemic, and that has been particularly challenging for the many freelance crew who make these amazing shows.

"These nominations are testament to their talent and hard work as they continually help reinforce that Northern Ireland is a world-class location for film and television production.”

You can view the entire list of this year's BAFTA Television Awards nominations here.