“I tell you, when Conor goes out there and proves everybody wrong, he will no doubt go down as the greatest fighter in history.” 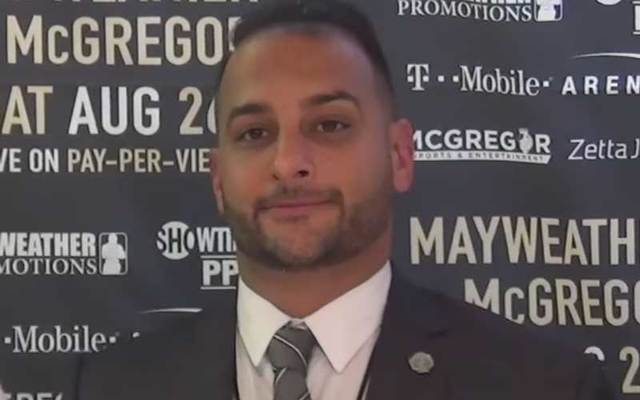 Irishman Conor McGregor has experienced a dizzying, meteoric rise to riches and fame over the past four years. The 29-year-old MMA fighter is now not only the highest-paid fighter in the history of the sport but he was also named by Forbes as the world’s 24th highest-paid athlete earlier this year.

On August 26 he will face Floyd Mayweather in what may be the most lucrative event in the history of fight sports, reports Independent.co.uk.

McGregor’s manager, Iraqi-American Audie Attar, 36, has been an integral part of the Dubliner’s success, steering the fighter to a fortune that may soon surpass $100m.

Attar was born in Baghdad in 1980. His parents moved the family to southern California when he was two years old.

As a child, he says he found himself being targeted with anti-Islamic jokes and insults from his peers.

“I didn’t understand why kids said these things,” said Attar. “It hurt to have people not understand how it feels to be the only person at school from a certain background.”

Attar channeled his frustrations into sports, becoming a linebacker. The Irish Times reports that he was three years into a football scholarship at UCLA when the 9/11 attacks occurred. A few weeks later, he was interviewed by the Los Angeles Times about what it was like to be a Muslim in America at that time. Attar spoke about the difficulties and cited the case of his mother’s friend, who was dragged from a car in Fontana and beaten for wearing a veil.

“There wasn’t much racial tension toward Arabs until this happened,” said Attar. “Now I’m afraid the number of people harmed because of this tragedy will escalate. America is not about being white. It’s the land of the free where everyone comes together to fulfill their dreams.”

Nine months later, he bumped into a customer in a Westwood bar who responded with what Attar says was an anti-Islamic slur. Attar hit the man and was dismissed from UCLA for his involvement in the fight.

“They say you’ve got to learn from your mistakes,” said Attar of the incident, “so that played a part in who I decided to become, no question.”

Attar later ended up at Pepperdine University from where he received a master’s in business administration and a letter in dispute resolution.

He worked as an associate at several sports agencies before establishing Paradigm Sports Management in 2009. The Irish Times reports that “what began as a bespoke outfit catering to a small roster of NFL players started to take off once Attar identified the burgeoning MMA scene as an under-served market.”

That growth skyrocketed after a friend alerted Attar to McGregor ahead of his UFC debut in Sweden in 2013.

“There was that thing you couldn’t miss about his confidence when I watched him fight,” said Attar, according to the Los Angeles Times. “It was clear he was special.”

Paradigm claims the agency’s high-profile association with the MMA fighter has been good for business, attracting new clients from other sports, such as the NBA and soccer.

“From what we see, there’s no doubt who the biggest name in the UFC is. Now – or ever,” Attar said.

As for the upcoming August 26 fight against Mayweather, Attar told Independent.co.uk: “I tell you, when Conor goes out there and proves everybody wrong, he will no doubt go down as the greatest fighter in history.”