After an eventful press tour to Vegas, Toronto, New York and London we ask why they didn’t visit the MMA star’s hometown. 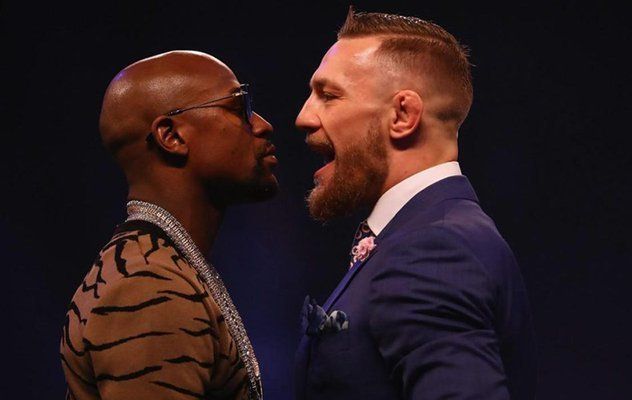 Floyd Mayweather and Conor McGregor square off ahead of Aug 26 fight. YouTube

Ahead of their historic fight in Las Vegas, on Aug 26, five-title boxing champ Floyd Mayweather and Irish MMA star Conor McGregor held press conferences in Las Vegas, Toronto, New York and London, but they never made it to Dublin. Why?

Mayweather was scared of how McGregor’s home crowd might react.

According to Ultimate Fighting Championship (UFC) Chief Dana White, Dublin was initially a possible choice for one of the hyped-up press conferences, but it seems the only reason the pair never made it to McGregor’s hometown was that Mayweather feared he would have been entering “hostile territory.”

However, White didn’t seem to mind the boxing champ’s trepidation.

He said, "We talked about going to Texas too, and, obviously Dublin made a lot of sense, but there was no way Floyd was going to go to Dublin.

"Oh, absolutely, (He said no). We're in London, this is as close to Dublin as you're going to get. We're in London, and this is hostile territory for him right now. Imagine we're in Dublin. That guy's got to stay in a hotel somewhere and drive in a car. I wouldn't go to Dublin either, personally, if I was in his position.

White said he had asked Mayweather’s advisor, Al Haymon, about bringing the fighters to Dublin.

“I talked to Al Haymon about it, and he was like 'Yeah, we're not going to Dublin,'” said White.

As it was the four “world tour” press conferences passed with a great success, despite racist and homophobic slurs passed between the two sportsmen. Besides these events, which garnered them massive media airtime, the press conferences also brought out huge numbers of fans, including the Irish. A massive 5,000 Irish are reported to have turned out in London on Friday night.

According to Showtime executive Stephen Espinoza those locations for the press conferences were chosen because each is a major media hub.

Speaking about the success of the tour he told Boxing News Online, “As far as accomplishing goals, the idea of the tour was to see how this thing plays out between these two. Realistically this would be the first time we’d see these two in the same room, face to face, verbally going at it,” he said.

While Mayweather may not have made it to Dublin, other McGregor opponents have, in the past, braved the Dublin fans. In 2015 massive crowds of Irish fans turned out to a press conference at the Dublin Convention Center to greet Jose Aldo and McGregor ahead of their UFC fight.

Maybe Mayweather and co were right to skip McGregor’s hometown. Just listen to them roar in the video below.

Here are the highlights of the 2015 press conference: