Famous chef Anthony Bourdain admired 'Typhoid Mary' so much that he wrote a book about her. 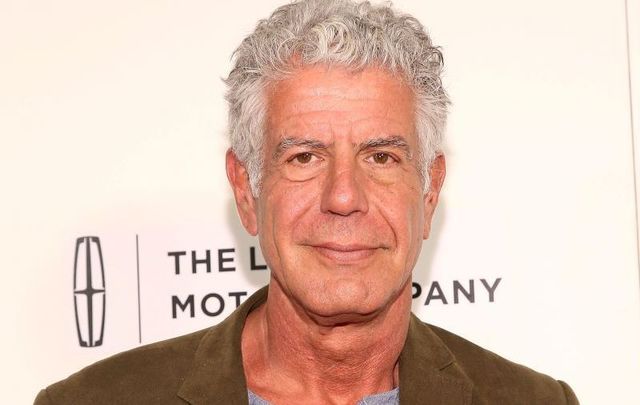 Anthony Bourdain, who sadly took his life on June 7, 2018, was a hero to many, not just in the culinary world. His rasping wit, lack of pretense, and refusal to take lucrative commercials deals endeared him to millions.

But who did he look up to? Astonishingly, one of his heroes was Typhoid Mary, Mary Mallon the cook from Ireland who was a carrier of typhus disease.

Bourdain even wrote a book about her “Typhoid Mary: An Urban Historical” in which he paid homage. Even more extraordinary, he visited her grave in The Bronx and brought his original kitchen knife as a gift. “Cook to cook” as he wrote.

“I looked around the graveyard making sure no one else was watching, leaned over and with my hands pulled back the grass at the base of her stone. I slipped my knife down there, covered it up the way it looked before and left it for her It was the least I could do.”

What did Bourdain see in the disgraced Irish woman whose name was notorious and a watchword for calamity.

“It's no mystery wrote book reviewer Adam Schatz “ A professional cook, an Irish immigrant, and a defiant outlaw, Mallon was the kind of person he likes to employ in his kitchens. If Bourdain made anything clear about his hiring practices in ''Kitchen Confidential,'' it was his preference for the ''non-American'' and the ''tough-as-nails, foul-mouthed, trash-talking female line cook,'' particularly over ''bed-wetting white boys.'' 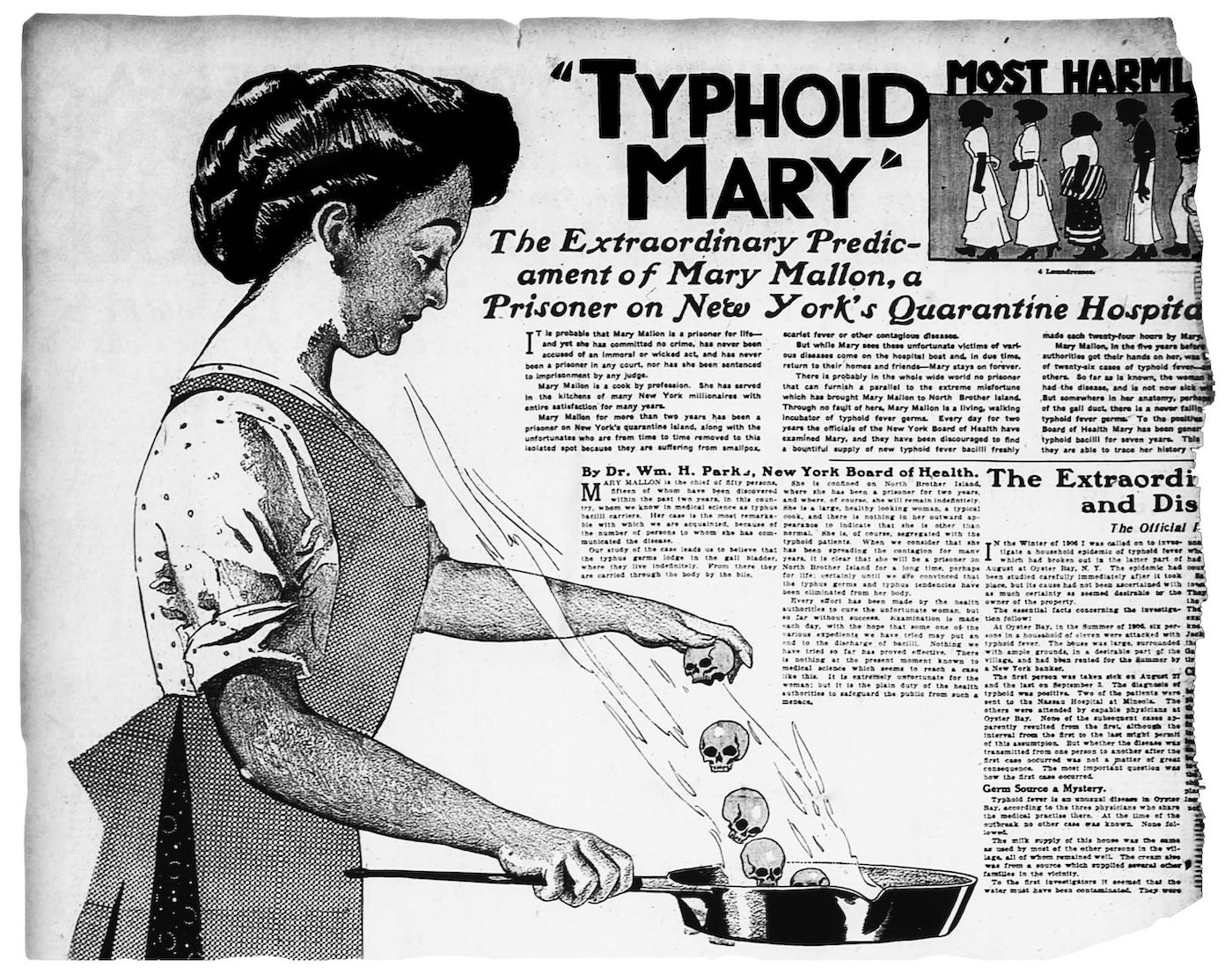 A newspaper illustration of Typhoid Mary.

Mary was certainly rough and ready but also an oddly sympathetic figure as Bourdain brings out. She committed no crime, was never tried in a court of law yet spend most of her life in enforced isolation on a remote island of Manhattan.

Bourdain discovers that Mary was actually an excellent cook at a time at the beginning of the 20th century when a massive economic boom was resulting in demands on chefs and cooks to come up with far more than the usual standard fare.

Mary, he notes, stayed in employment a long time, a sign she was well regarded in a business were cooks were fired on a whim.

She first came to attention after the upscale Warren family hired her as the summer cook in their Oyster Bay residence, not far from President Teddy Roosevelt's house. Suddenly the blue blood family began coming down with typhus a poor person’s disease that didn’t usually affect the rich. Now the Fifth Avenue hostesses were frantic, what if the disease struck them?

Bourdain writes that Mary was eventually identified as the carrier but refused to accept it.

Bourdain is proud of the fact that Mary stood up to the powers-that-be believing quite rightly that she was not sick so how on earth could she make anyone else sick?

It was Mary against the system and for the following years Mary somehow managed to find employment in the homes of the rich before being discovered and sent to North Brother Island a remote outpost off Manhattan.

After fighting for her freedom and becoming quite the jailhouse lawyer, Mary was allowed back to work as long as she didn’t cook. She became a seamstress but hated the low paying work and Bourdain is not surprised when she started cooking again, the only thing she knew.

Caught again she was returned to the island never to depart -- though never convicted of a crime. Dr. John Cahill, father of New York famed physician Kevin Cahill, looked after her at the sanitarium there for many years, Somehow Bourdain writes she saved enough money to leave generous donations in her will to those who helped her.

Bourdain loved the fire in Mary, the refusal to knuckle, the escapes, the sheer anarchy of it all. They were kindred spirits in many ways, so it is hardly surprising that he spoke so warmly of her in his book. Somewhere in the wild blue yonder, they are sharing an exotic meal together, this time prepared by Bourdain!