The Crime of the Century is a searing investigation exposing the inner workings of the multi-billion dollar industry behind the opioid epidemic. 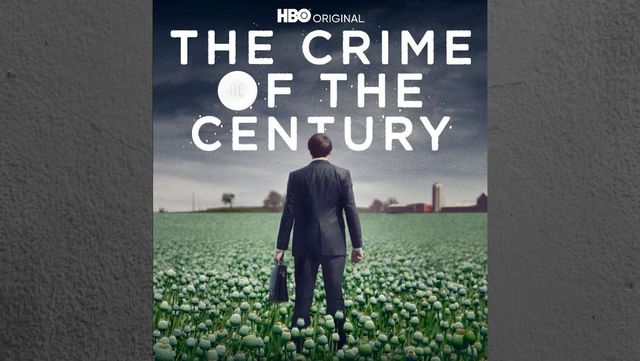 Alex Gibney's latest docuseries "The Crime of the Century". HBO

Academy Award-winning director Alex Gibney, in association with the Washington Post, examines the origins, extent, and fallout of the United States opioid crisis, which has caused over half a million deaths in the past 20 years.

HBO's "The Crime of the Century" is a searing indictment of Big Pharma and the political operatives and government regulations that enabled over-production, reckless distribution, and abuse of synthetic opiates. The two-part documentary directed by Emmy and Academy Award winner Alex Gibney, and presented in association with The Washington Post, will debut on Mon, May 10.

In 2005, Director Gibney won an Academy Award for Best Documentary Feature for Enron: The Smartest Guys in the Room. His film "Going Clear: Scientology and the Prison of Belief" won three Emmy' in 2015. While "Mea Maxima Culpa: Silence in the House of God" also won three Emmys in 2013. Last year he released a documentary, "Totally Under Control", which examines how the Trump administration handled the coronavirus pandemic.

Gibney’s latest exposé, "The Crime of the Century", posits that drug companies are in fact largely responsible for manufacturing the very crisis they profit from, to the tune of billions of dollars... and hundreds of thousands of lives.

The opioid crisis has resulted in a country ravaged by corporate greed and betrayed by some of its own elected officials, following the aggressive promotion of OxyContin, a highly addictive drug from family-owned pharmaceutical giant Purdue Pharma.

Part one of the documentary focuses on how Purdue worked closely with the FDA to get the highly profitable pain medication approved for wider use, promoting its safety without sufficient evidence, and creating a campaign to redefine pain and how we treat it. When government regulators or Justice Department officials tried to mitigate the wrongdoing,

Purdue Pharma and huge opioid distributors like Cardinal-Health would settle the cases, keeping the details private and continuing on unabated. As tens of thousands of people succumbed to opioid addiction, the fortunes built by the opiate business became the crime of the century, and the market that OxyContin had opened paved the way for even deadlier prescription drugs.

Part two of "The Crime of the Century" shines a spotlight on the mass marketing of the synthetic opioid fentanyl and examines the connections between drug manufacturers and government policy. While America’s silent epidemic was killing 40 people per day, Insys Therapeutics, an upstart opioid manufacturer of fentanyl, continued to bribe doctors to overprescribe.

Startling videos of sales retreats and promotional material speak to a deep cynicism among company employees and a disregard for the widespread, nefarious corporate practices. A complex scheme to defraud the insurance companies existed side by side with fraudulent marketing tactics while lawmakers – often flush with campaign donations from Big Pharma – worked to undermine law enforcement and turned a blind eye to the implications of a complex pipeline that delivers billions of opioid pills around the country.