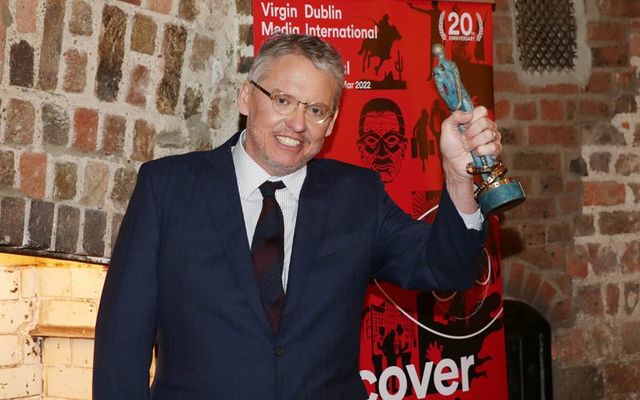 Irish American writer-director-producer Adam McKay has been honored with the Volta Award in Ireland.

He received the Volta Award in recognition of his impressive body of work and outstanding contribution to film.

On receiving the Volta award,  McKay said: “I could not be more thrilled to have made it back to Ireland to join Minister Martin and festival director Gráinne Humphreys in person.

"The passion for film and the arts at Virgin Media Dublin International Film Festival and here in Ireland never mind the incredible Irish warmth and hospitality is second to none.”

I was anerd to receive a Volta, named after the first theater James Joyce started (1909). Really looking forward to @DublinFilmFest getting started tonight. #VMDIFF22

And yeah that’s supposed to be Irish Gaelic for honored but I think I just insulted myself. pic.twitter.com/jsgwFUK9PE

McKay was presented with the award by Ireland's Minister for Tourism, Culture, Arts, Gaeltacht, Sport and Media Catherine Martin.

Congratulations to @GhostPanther on his recent film #DontLookUp which communicates the urgency of climate action to millions of people in a creative & humorous way 👏#VMDIFF22 pic.twitter.com/Iyfq3N5KjE

A former head writer at Saturday Night Live and longtime collaborator with Will Ferrell, McKay won an Academy Award for Best Adapted Screenplay for his 2015 film "The Big Short." He was also nominated for Best Director for the film, which received a total of five nominations.

In this year's Academy Awards, McKay's feature "Don't Look Up" has been nominated for Best Picture and Best Original Screenplay, as well as Best Original Score and Best Film Editing. The film, which is available on Netflix,  stars Leonardo DiCaprio, Meryl Streep, Cate Blanchett, and Jennifer Lawrence.

McKay is also the director and executive producer of the upcoming "Winning Time," which premieres on HBO on March 6. The series about the Showtime Lakers stars John C. Reilly as late Los Angeles Lakers owner Jerry Buss.

The festival is presenting 100 features and 48 shorts representing 19 countries and a host of wide-ranging events that are sure to delight, challenge and entertain audiences. For more information, visit diff.ie.