For all the horror fans out there, we have compiled a list of Irish horror films that certainly give you the shivers 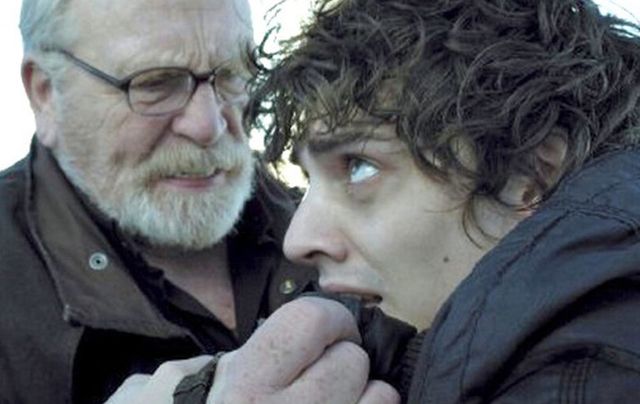 A still from the Irish horror movie Citadel.

For all the horror fans out there, the Irish horror films that certainly give you the shivers.

Horror films aren’t everyone’s cup of tea – you either either love them or refuse to watch. There have been quite a few horror films produced in Ireland, many of which will definitely scare the daylights out of you. For all the horror fans out there, we have compiled a list of some of the scariest Irish horror films.

"Citadel" is dark, creepy, and definitely a competitor for scariest Irish film. The film has some influences from HP Lovecraft so if you’re into that sort of thing this movie is for you.

"Wake Wood" is a film that ties back to the classics of ’70s folk horror. If you aren’t a fan of a possessed little girl this may not be for you. The film had a stand-up cast, including Aidan Gillen and Timothy Spall.

The film follows a young man who is investigating the death of his late wife. This movie goes old school in terms of the storyline, but overall the film gives off a creepy and unnerving vibe.

"Byzantium" is a fantasy thriller about two vampires living in a small British seaside town. The film has Irish actor Saoirse Ronan and will be sure to give you chills.

"The Hallow" is a British/Irish horror movie filmed in Ireland. The story revolves around a family who moves to a remote Irish village surrounded by a large forest. The film is a dark fairytale that will be sure to give you a fright.

"Let Us Pray" is a morality tale, combining dark comedy and a lot of gore. The film follows a stranger who gets arrested in a small village where everything starts to go very wrong. If you can’t handle a lot of blood this may not be for you.

If you aren’t into straight-up horror fan you may be interested in some very dark and scary comedy. In "Grabbers," the creators found a way to produce a frightening film that was actually funny in the process.

What Irish horror movies are we missing from this list? Let us know in the comments.