“A billion percent, yes” was the high praise delivered to a Meath teen opera singer on Britain’s Got Talent. 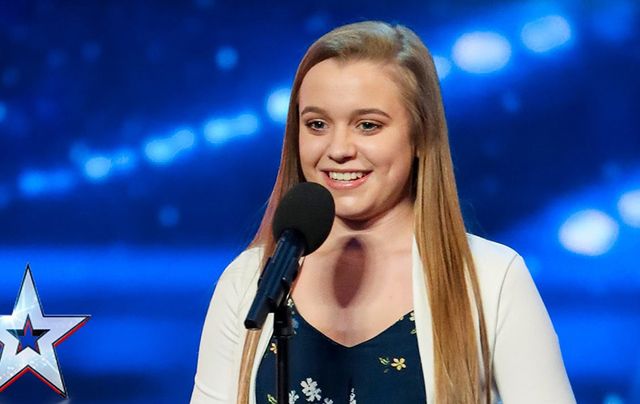 “A billion percent, yes” was the high praise delivered to a 14-year-old Meath girl who wowed the usually harsh Britain’s Got Talent judge Simon Cowell. at the weekend.

Leah Barniville, from Ratoath, County Meath, performed a stunning rendition of the Italian opera piece, Caruso by Lucio Dalla. The young gir'ls chilling performance was greeted by a standing ovation by all four judges, including Amanda Holden, Alesha Dixon and David Walliams, and tears from her little brother in the audience.

The 14-year-old was polite, confident and humble but beamed as she received four yes votes from the judges bringing her through to the next round.

Cowell, known for his tough quips, said "I thought that was honestly incredible and you're 14 years old and you don't know how good you are.” He added “A billion percent yes."

Barniville is a classically-trained singer who has been entertaining and singing since she was a toddler. She told Britain’s Got Talent “I can't stop singing. I sing when I study, when I'm brushing my teeth and when I'm trying to sleep.

“It means so much to me that today goes well. I want to make my mum, dad and brother proud.

"It would mean so much to win, I can't even imagine. It'd be everything I've wanted my whole life."

As one of the judges, Holden, described her performance – it was “flawless.”

Here’s a video of Barniville performing for an Irish singing competition in 2015: