Renowned exorcist Fr. Pat Collins has claimed that the past 12 months have been a warning of the eternal damnation that awaits us if we don't turn our lives around. 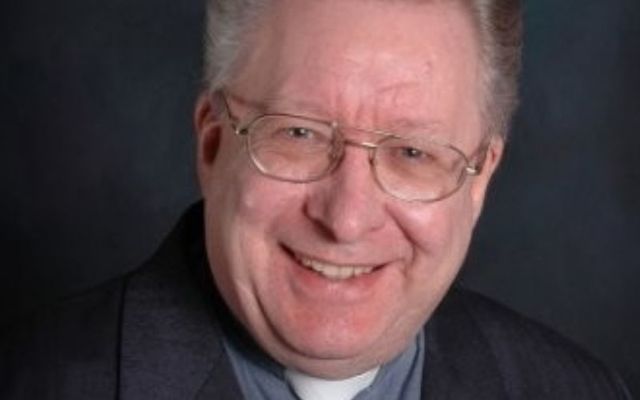 A famous Dublin exorcist priest has claimed that the COVID-19 pandemic is a "dress rehearsal" for the coming of the antichrist.

Fr. Pat Collins, a renowned exorcist who has featured on Ireland's Late Late Show, said that the pandemic was like a trial run of the "great tribulation" and said that God was giving people an opportunity to turn their lives around.

Fr. Collins claims that the past year has been a warning of the eternal damnation that awaits us if people don't behave properly. However, he stressed that God was giving people one last chance to find their faith again.

He said that God didn't send the COVID-19 pandemic but allowed it to happen as he has used tribulations in the past to bring people back to religion.

Fr. Collins, a Vincentian based in Blackrock, pointed to a talk he gave at the Divine Mercy conference in the RDS in 2019 before the outbreak of COVID-19 and said that he gave a "prophetic" talk about what was coming.

"Part of it was saying that there were very clear messages coming through, reliable people, that a tribulation was on its way and it wouldn’t be brought on by God, it would be the result of human fallibility but God would use it for divine purposes and that it would be by way of a chastisement that it would challenge people and it would attempt to purify them," Fr. Collins told the Irish Catholic.

He also said that the devil was exploiting Irish people's lack of faith to bring a wave of fear and anxiety during the COVID-19 pandemic.

Pointing to a study that places Irish people among the "most afraid" of catching COVID-19 in Europe, Fr. Collins suggests that the "Evil One" can sense panic in Ireland and is the driving force behind Irish people's fear during the pandemic.