Mam? Mum? What do you call your Irish mother?

Mother's Day in Ireland is celebrated this Sunday, March 27. 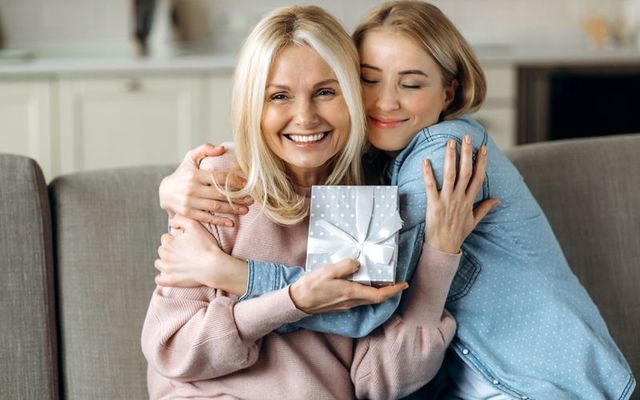 Is it Mam, Mum, Mom or Mammy? What the Irish call their mothers. Getty

The majority of Irish mothers are called "Mam" by their children, revealed a new survey ahead of Mother's Day.

Researchers discovered a wide range of variations in how Irish people refer to their mothers.

Thirty-one percent of Irish adults call their mother "Mam," while 23 percent prefer "Mum," according to The Irish Independent.

"Mom" is used by 12 percent of those polled, while a further 12 percent use "Mammy." A four percent minority refer to their mothers by their first names.

Where you live in Ireland is a significant determining factor in what variation you use.  "Mam" was the most popular in Munster at 38 percent, Connacht 31 percent, and Leinster 28 percent, while "Mum" was number one  in Ulster at 53 percent.

When asked what mothers are best at, 39 percent of respondents said being supportive while 20 percent answered accepting them no matter what. Another 16 percent said that telling their children to ‘cop themselves on’ is what their mother is best at.

Mother's Day in Ireland is celebrated this Sunday, March 27.

According to the survey, 40 percent of Irish adults said they plan on seeing their mother in person to celebrate the day. Another 17 percent of respondents said they will send their Mam a card, but 11 percent admitted they might just forget about the day.

The research was conducted by iReach and commissioned by Beko to celebrate the launch of the Woman’s Way and Beko Mum of the Year awards.